ALICE THROUGH THE LOOKING GLASS - REVIEW OF STRATFORD FESTIVAL PRODUCTION 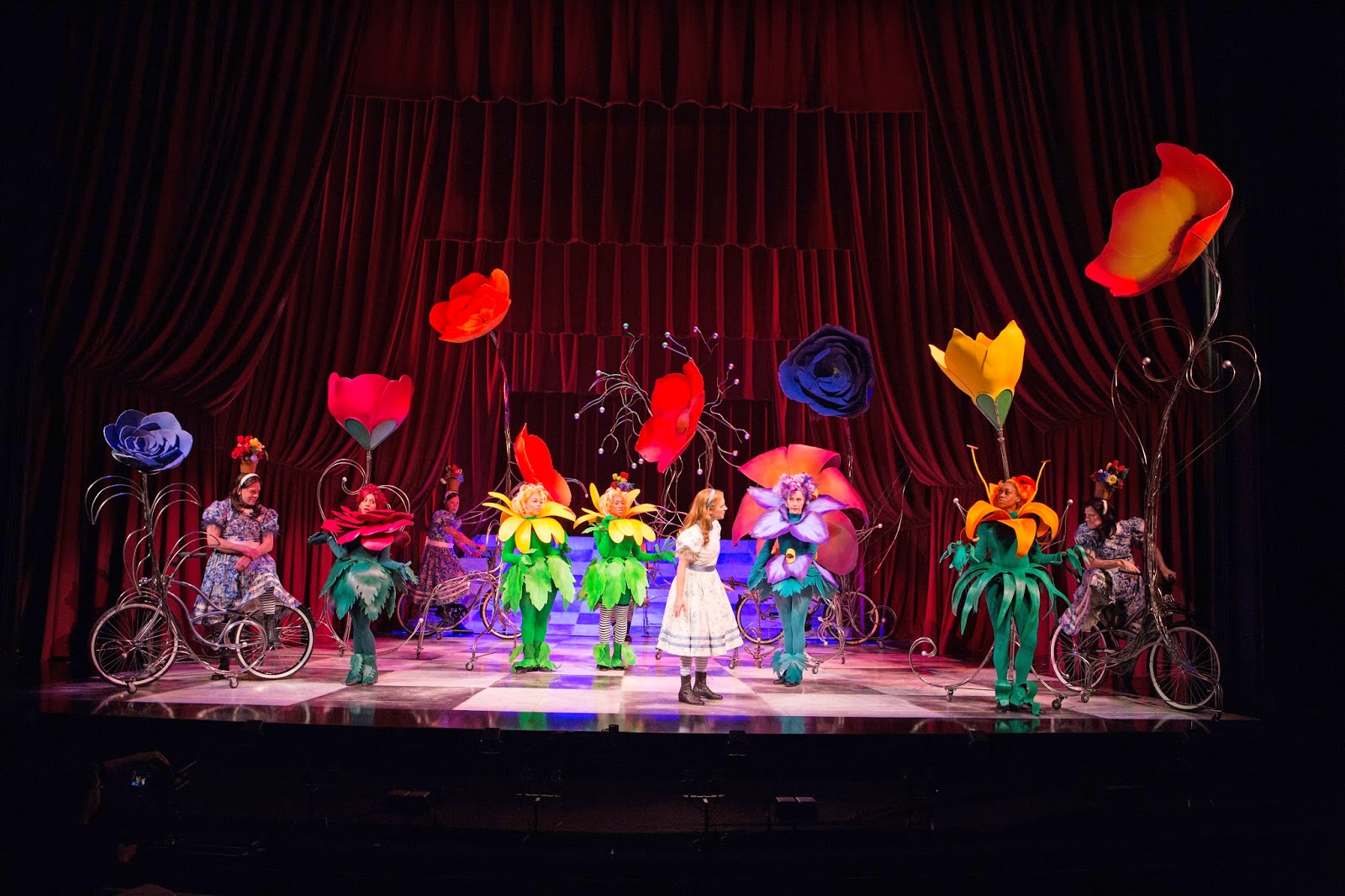 Trish Lindström (centre) as Alice with members of the company in Alice Through the Looking-Glass. Photo by Cylla von Tiedemann.

The sale of ice cream soared, the consumption of candy went through the roof; the noise level skyrocketed and the average age dropped from dotage to youth. No, this was not an ice cream truck and a bus full of old people colliding in a schoolyard. It was the opening of Alice Through the Looking Glass at the Stratford Festival.
The Festival put on its annual show to attract the next generation of theatregoers and this year they staged James Reany’s adaptation of Lewis Carroll’s work. It was first seen here twenty years ago and has been brought back to cheers and laughter at the Avon Theatre.
Alice goes through the looking glass and as expected by the dotage crowd and to the amazement of the young discovers a wonderland again. Sweet, wholesome, curious, Alice is played by Trish Lindstrom who manages to look like an eleven-year old.
In the upside world of wonderland which manages to be colouful, exciting, funny and marvelous in the original sense of the word, there will be excitement, fights, strange creatures and just plain entertainment. 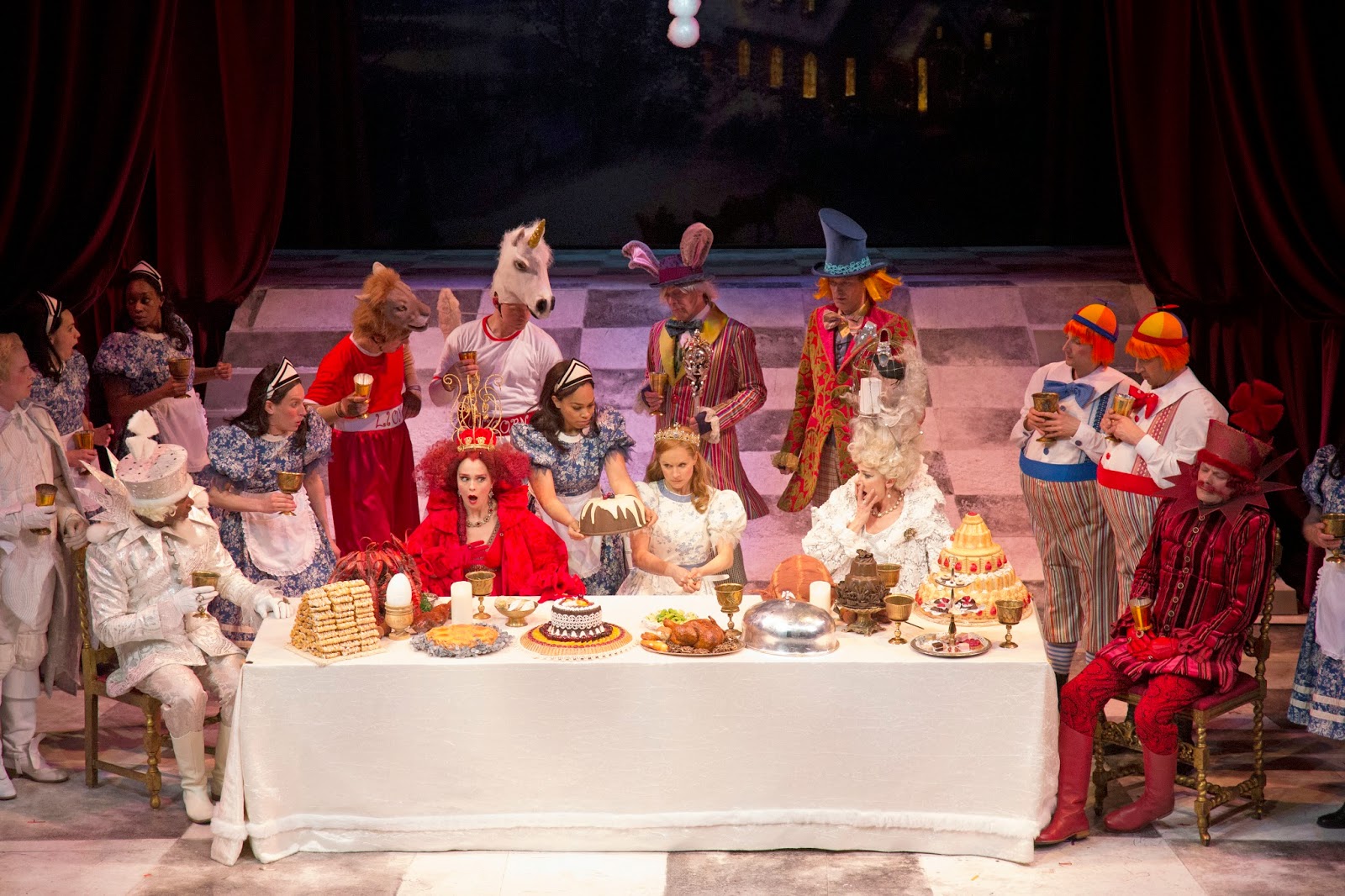 Members of the company inAlice Through the Looking-Glass. Photo by Erin Samuell.
Alice must reach the eighth square in order to become a queen and her journey begins. She meets a Red Queen (Cynthia Dale), a White Queen (Sarah Orenstein), a White King (Dion Johnstone), a Red King (John Kirkpatrick), not to mention a Unicorn (Gareth Potter), a Lion (Tyrone Savage), Tweedledee (Sanjay Talwar) and Humpty Dumpty (Brian Tree).
Humpty Dumpty sits on the wall with very long arms manipulated by two young women and he is at his funniest best and all the king’s horses and all the king’s men …
A huge rope is lowered from the ceiling and a couple of children in the audience pull on it and little parasols with candy are scattered through the spectators. Streamers and more candy cascade into the audience and the excitement is palpable.
Is everything over the top? You bet but it is great fun even if everyone in the audience did not understand what was going on. That is probably the best way to build an audience for the theatre and help the sale of ice cream and candy.
______


Alice Through the Looking Glass by James Reany opened on May 31 and will run in repertory until October 12, 2014 at the Avon Theatre, Stratford, Ontario. www.stratfordfestival.ca
Posted by James Karas at 1:17 AM