VENIZELOS – REVIEW OF BIOGRAPHY OF A GREAT GREEK

“What Venizelos has just done is great, a miracle. This traitor has doubled the size of Greece, giving her Epirus, Macedonia, Crete, the islands. His name will be immortal. Without a doubt he is the greatest statesman in the world today.”

This is what Nikos Kazantzakis wrote to his sister Eleni in 1912 after the first Balkan War. It is an astounding combination of damnation and praise. The greatest statesman in the world is a miracle worker and a traitor.

Michael Llewellyn-Smith has written the first of a two-volume biography, Venizelos: The Making of a Greek Statesman, 1864-1914, that is thoroughly researched and well-written where he tries to capture the many facets of the brilliant politician, warts and all. Kazantzakis called Venizelos a megalomaniac in 1901 when the politician fought with Prince George, the son of King George I of Greece, over the question of the union of Crete with Greece. The prince was the High Commissioner of Crete, appointed by the Great Powers. Venizelos was the Counsellor for Justice. The Prince had a serious propensity towards authoritarianism and nepotism and was clearly ill-suited for the job. Venizelos would have none of it. 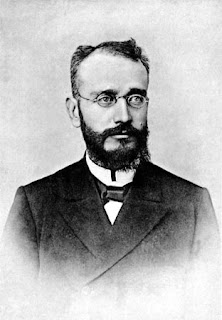 Eleftherios Venizelos was born in 1864 in Mournies, Crete which was still a part of the Ottoman Empire. His father was a revolutionary who was twice deported to the island of Syros and Eleftherios spent part of his youth on that island. He became a lawyer, a journalist and a politician and he was distinguished for the clarity and eloquence of his oratorios, the brilliance of his mind and his frequently astute political tactics.

He practiced law, published newspapers and pursued the idea of enosis, union of Crete with Greece, a position that was contrary to the wishes of the Ottomans and unpalatable to the Great Powers. The latter’s naval presence around Crete was pre-eminent and their ambition was to maintain the peace.

He was elected to Crete’s National Assembly in 1889 and the tumultuous relations between Cretans and the Ottoman Empire continued. By the end of the decade and after uprisings and massacres, the Great Powers stepped in and found a “solution” to the Cretan Question by declaring the island an autonomous state under Ottoman suzerainty. Elected Cretans could run the internal affairs of the island while the Ottomans still held ultimate control.

Venizelos opposed the inept Prince on the question of enosis and in 1901 was fired as Counsellor for Justice. Llewellyn-Smith, always analytical and judicious, states that The High Commissioner was constitutionally right in his position and that Venizelos chose the wrong ground on which to take a stand. Venizelos’s motivation, according to the biographer, on the political side was to break the deadlock over Cretan union with Greece. On the personal side, Venizelos found it unacceptable to be subject to the Prince’s virtually absolute power.

The all-out political war between the Prince and Venizelos mentioned above extended to former wanting the latter’s “moral destruction” Venizelos using his newspaper in reply.  However, one may take the fight, Lewellyn-Smith tells us it was a foretaste of what was to come in 1915 when Venizelos disagreed with Prince George’s older brother who was King of Greece at the time. The result was the great National Schism but that will be examined in the second volume of the biography.

In the meantime, Venizelos was in the political wilderness, the struggle continued and even church leaders joined the fray. Archbishop Xiroudakis pronounced that a vote for Venizelos was a sin as black as a priest’s vestments. Venizelos struck back in his newspaper alleging that the archbishop and through him “those who are waging an unholy war were aiming to divide the people so as to have a pretext to deprive them of their freedoms.” He meant the Prince, of course. The archbishop sued for libel and won. Venizelos’s paper was closed and he was sentenced to two weeks in jail. He served his sentence.

The incident proved his fearlessness, his audacity and his relentless struggle for what he believed. Soon after that he was involved in a much more serious event, The Therisso Uprising was a revolt led by Venizelos that became tantamount to a civil war. It began in March 1905 and lasted until November but its aftereffects continued into 1906. Was it a legitimate uprising or a rebel insurgency? asks Llewellyn-Smith.

The insurgents worked hard to give legitimacy to the uprising.  They elected a provisional government, appealed to the people of Crete and appealed to the Church leaders. Venizelos wrote to the Great Powers explaining the reasons for the upspring. The aim was the union of Crete and Greece but the uprising had a long and tortuous road. The Prince, his father, the King of Greece, the Greek government and the Great Powers were against it. But in the end the Powers, except for Russia, were not prepared to supress the revolt by force and a settlement was negotiated. There were changes in the power structure and most importantly perhaps, Prince George resigned and left the island for good in September 1906. Venizelos had won.

Venizelos by that time had become famous and in 1909 became Prime Minister of Crete. By the end of the year, he left Cretan politics behind him and went to Athens. A revolt of a different kind was brewing which resulted in a bloodless a coup d’état in August 1909 by the the Military League, a group of disaffected army officers based in Goudi, a suburb of Athens. The League invited Venizelos and he took over the negotiations between the officers and King George I. The League was dissolved following concessions to the officers’ demands. Venizelos was elected to the Greek parliament and in October 1910 became Prime Minister. It was a meteoric rise reflecting his extraordinary intelligence and political skill.

The problems he faced were mammoth and he brought reforms across the board trying to achieve fundamental changes in Greek society. Land reform, education, national defence, the constitution and corruption are a few of the issues that he faced. For every fervent supporter that he had on these issues there was always a dedicated opponent. It took all of his immense skills to achieve a great deal but not all.

Venizelos was Prime Minister during the Balkan Wars (1912-1913) which resulted in the expulsion of the Ottomans from from the Balkans. He used his diplomatic skills to outmanoeuvre the Serbs and the Bulgarians and double Greece’s territory and population. No one could take that away from him.

Mark Mazower, an expert on Greek history, considers Venizelos the most prominent Greek statesman of the twentieth century. Llewellyn-Smith gives a well-rounded portrait of the man who spoke several languages, loved to read, was a great orator and was considered a Messiah by many. He was a unique politician in Greece.

Michael Llewellyn-Smith examines the historical milieu in which Venizelos lived and work and examines the political issues that he faced. He does so with thoroughness and admirable fairness. A large number if people are involved and the author takes pains to make us understand and remember who they were by providing Short Biographies of the more important ones.

Llewellyn-Smith is a historian and retired British diplomat with intimate knowledge of Greek and Greece. His doctoral thesis at Oxford was on the Greek occupation of Smyrna and the Asia Minor Catastrophe of 1919-1922. He turned his thesis into a history of the Catastrophe titled Ionian Vision: Greece in Asia Minor 1919-1922.  He travelled on a donkey across Crete in the 1960s and wrote The Great Island about its history and culture and has written two books about the Olympic Games. He was the British Ambassador in Greece from 1996 to 1999.

VENIZELOS: The Making of a Greek Statesman, 1864 – 1914 is a major biography of one of the greatest statesmen of modern Greece. Maybe Kazantzakis was perfectly right in his positive assessment of Venizelos.