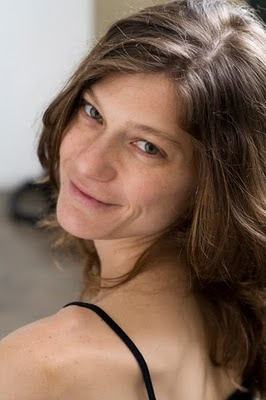 
Marianne Apostolides is the daughter and granddaughter of veterinarians. She is the author of The Lucky Child, a marvelous novel that pays tribute to both men through the prism of fiction and borrowed memories.

The novel is set in Greece between 1939 and 1943 although it opens in 1932, the year in which Taki is born, two months after his mother miscarries the first twin. Taki is, of course, the lucky child of the title.

Agamemnon, Taki’s father, is the chief veterinarian of a cavalry unit in Thessaloniki, an upright officer who uses his skills to help poor farmers.

Apostolides gives us vignettes of life in Thessaloniki before and during the war as well as descriptions of life in Zagora where Mary, Agamemnon’s wife, comes from. She uses light, sparing brush strokes. She does not go for lengthy Dickensian descriptions but is happy with economical delineations.

The story seems to be written largely from the viewpoint of Taki. He is almost seven years old when the novel begins and only eleven in the summer of 1943 when the story ends. There are certain events from childhood that stick in our minds vividly and the rest become images that we recall without too much context. This seems to hold true for our protagonist. For example, Taki recalls a number of people going by his house without too much detail but he recalls watching his father neutering of a horse quite vividly.

Apostolides tells the story through an omniscient narrator but when Taki is in the picture the view seems to be largely through his eyes or as it affects him. A good example of Apostolides prose style is her description of the tumultuous events of October 28, 1940 when Italy gave Greece an ultimatum and started invading the country in the wee hours of the morning.

The obvious choice would have been for Apostolides to come up with an outpouring of prose describing the Greek multitudes shouting “No. No, No” to Mussolini in an expression of rapturous patriotism. Instead she combines some banal acts like a boy pedaling past Taki on his bicycle, Taki being jostled by his mother’s arm and being nudged aside by neighbours. This is a level-headed and realistic description and thus more effective than prose in overdrive.

Another example of her spare, subtle narrative style is the announcement of the beginning of World War II when Germany invaded Poland. Taki is in the kitchen with his maternal grandmother. He hears the words Germany, Poland ,,, army … Hitler. The only word he understands is army because of his father and the image in his head of officers dancing in their uniforms at Easter.

The everyday life of the Apostolides family and everyone in Greece is lived against the background of some of the most dramatic events in Greek history. First there was the declaration of war against Italy and the spectacular success of the Greek forces followed by the quick capitulation to the Nazis in April 1941. This led to the rise of the Greek resistance and the communist-dominated EAM/ELAS.

Privation and hunger followed and Apostolides provides a beautiful juxtaposition between a child’s view of reality and the mother’s knowledge. Mary does not give Taki another slice of bread because she does not want to spoil his appetite for the evening, she tells him. In the meantime she feels a sudden dizziness as she looks at the loaf of bread that would have to last another day for the entire family. No more is said. No more needs to be said.

Apostolides provides a few images to describe the life under the Nazi occupation: soldiers on the roof, the breadline, a man begging for cigarettes and food and Taki bumping into a body. It turns outs to be that of a woman, his former neighbour who is wearing a yellow star on her chest. Again no more needs to be said.

Sometimes I imagined the novel as a series of black and white photographs from the era. It is a series of images that pass across your eyes and stay there.

Apostolides’ chosen narrative method perhaps did not allow for detailed descriptions of Thessaloniki or Zagora during the war. In fact there is not a single street name mentioned and the setting could be any city in Greece.

I will not reveal what happened to Agamemnon but Taki, we are told in the Epilogue, went to America in 1949 and became a highly successful veterinarian. He was the impetus for the book and in trying to capture her father’s childhood, the author has created a work of fiction that tells the truth without being historically accurate. Her ability to create and recreate, to delineate and pay tribute and to evoke poetically the past and to fuse it with the present, makes one attribute the title of the novel to the author as well as her father.

Marianne Apostolides was born in Long Island, New York and graduated from Princeton University with a major in politics. She has lived in Toronto since 1997.

She has written a novel and not a history or a memoir but since she includes many dates it may be appropriate to correct some of her errors.

The Americans were not landing anywhere in the spring of 1941. They did not get into the war until the attack on Pearl Harbor in December 1941.

Agamemnon and his officer friends claimed in the spring of 1942 (1941 according to the novel) that they had heard nothing from the Greek government-in-exile in Egypt for sixteen months. Since Greece was invaded in 1941, Apostolides clearly meant 1942. But even if we allow for the typo there are not 16 months between the spring of 1941 and the spring of 1942.

The novel ends in the summer of 1943. Apostolides enters the narrative directly in an Epilogue where she ties up some loose ends and explains her motivation for writing the story. It is just as much a story about life in Greece about seven decades ago as it is about the fate of Greek immigrants today. Taki Apostolides immigrated to the United States in 1949 and did not want to have anything to do with Greece until he was forced to return to his youth by a daughter whose connection to that country was very tenuous.

A few words about Taki’s older sister Loukia. At age 11, Loukia visits an army hospital and is sent to feed men who had limbs amputated. She gives them soup and water until she reaches a soldier, a boy of seventeen, who is too weak to take a drink. She dips her fingers in the water and places her fingertip in the man’s mouth. She tells him to drink and he does. It is a moment of marvelous magnanimity and beauty.

In another scene, Loukia appears as the writer and director of a play about Greek Independence in the platia of Zagora. She combines childish innocence and patriotic fervour as she leads the girls in an imitation of the Dance of Zalogos where the Suliote women with their children in their arms threw themselves off a cliff rather than endure slavery!

Loukia Apostolides is better known in Toronto as Lucy Grigoriades. The child is no doubt mother to the woman and many decades later Lucy remains an exemplar of volunteerism and service to the community with few equals.

The Lucky Child is a significant addition to the growing stock of literature by Greeks of the Diaspora and their descendants.
Posted by James Karas at 11:39 PM