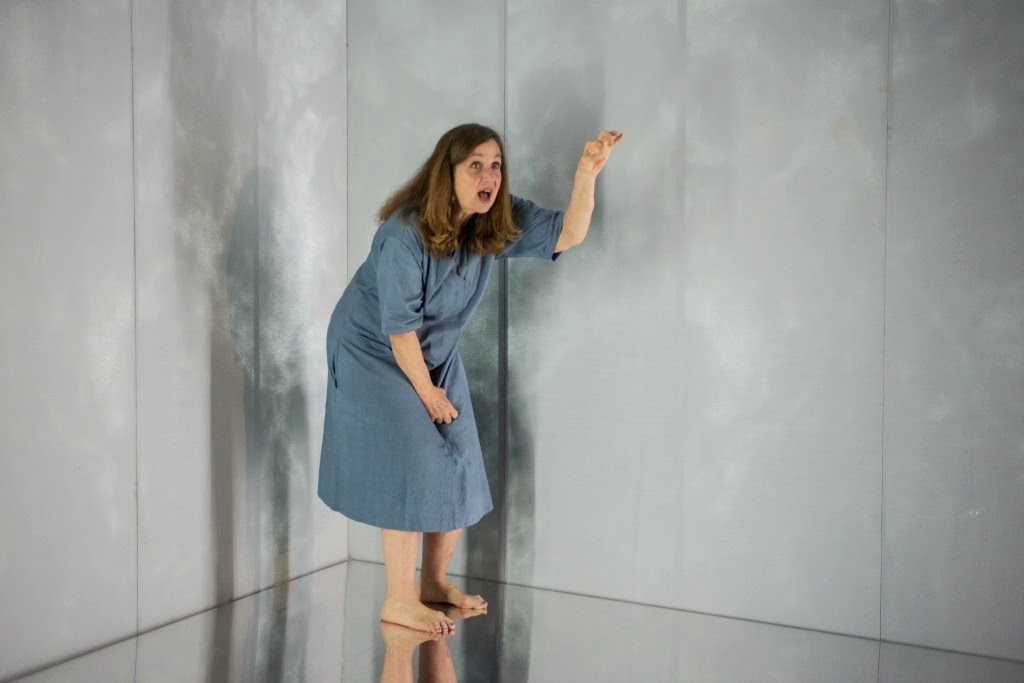 The treatment of people with mental illness by the Canadian criminal justice system is a national disgrace.

On October 19, 2007, Ashley Smith, a mentally ill 19-year old girl, was discovered in her jail cell with a ligature around her neck. Although she was on a round-the-clock suicide watch, the guards had been ordered not to enter her cell as long as she was breathing. She died.

Three guards and a supervisor were charged with criminal negligence causing death. The Warden and Deputy Warden were fired. A year later all charges were dropped.

Judith Thompson has taken the story of Ashley Smith as a starting point for her new play Watching Glory Die which premiered on May 15, 2014 in a production by Canadian Rep Theatre. Thompson is the sole performer in a production directed by Ken Gass.

The play has three characters played by Thompson: Glory, a young girl who has run afoul of the criminal law; her mother and a prison guard, make that a Correctional Officer. When a system does not work, euphemisms are de rigueur.

Dressed in a simple smock, Thompson alternates among the three characters with ease and effectiveness. Glory is locked up in a small cell with shiny white walls, brightly lit and watched on camera all the time. She is in isolation; make that Therapeutic Quiet, where she is frequently tied down with a goalie’s mask over her head. We never see that, thank goodness.

The mother describes her daughter with commendable maternal affection, consternation, confusion and frustration.  Glory committed some petty crimes at age 14 and the system took over sending her from one penitentiary to another across the country. We find her in Grand Valley Correctional Institute where the height of irony is reached in the name of the place alone.

The jail guard is humane by most standards but follows the rules. A prisoner could be charged with assault for almost any reason and the charge will result in an extension of her stay in prison.

The play and Thompson’s performance are a tour de force. Thompson has to change characters frequently from the matter-of-fact guard to the distressed mother to the emotionally disturbed Glory.

The guards follow the rules of not intervening while the prisoner is still breathing. Glory tries to end her life by tying a ligature around her neck and when she stops breathing the guards rush in to resuscitate her.

Her mother waits for her daughter’s release, buys airline tickets to go visit her in jail only to be told that she has been moved and waits while the system punishes where it should treat, follows sadistic rules where it show compassion and trains people to watch someone die instead of teaching them to freak out at such grotesque injustices.

Plays inspired by current events are produced frequently and most of them disappear almost as quickly as the story that inspired them ceases being front page news. The fate of Ashley Smith and Watching Glory Die may be the same. That would be a disgrace for the young woman who died so barbarically and the play that brings her back to life.
______

Watching Glory Die by Judith Thompson, presented by Canadian Rep Theatre, opened on May 21 and will run until June 1, 2014 at the Berkeley Street Theatre Upstairs, 26 Berkeley St. Toronto, Ontario. http://canadianrep.ca/  416 368-3110
Posted by James Karas at 2:38 AM