THE CHARITY THAT BEGAN AT HOME – REVIEW OF SHAW FESTIVAL PRODUCTION 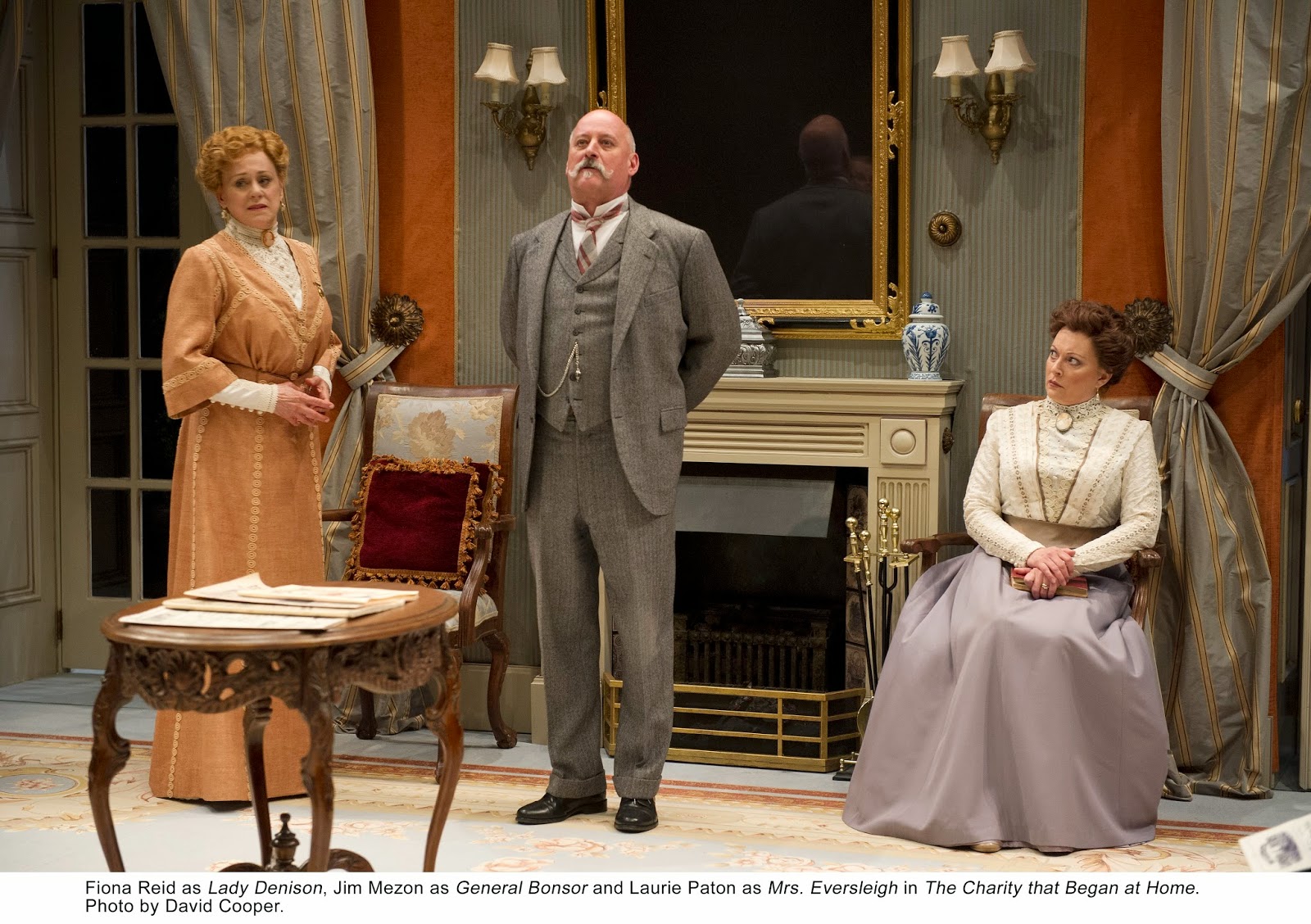 The Shaw Festival has hit another home run by producing St. John Hankin’s The Charity that Began at Home, a wonderful comedy that most of us are unlikely to have seen. If you have been going to Niagara-on-the-Lake for the last dozen years, you could have already seen Hankin’s The Return of the Prodigal (2001-2002) and The Cassilis Engagement (2007). Don’t miss this production.

In The Charity, Hankin took common sense, turned it on its head and wrote a comedy that is entertaining, thoughtful and delightful. It was first produced in 1906 at the Court Theatre in London but was completely ignored for decades after that.

For its premiere at the Shaw Festival, director Christopher Newton has chosen an excellent cast and delivers an enjoyable production that makes one wonder why we had to wait seven years from the last time we saw a play by Hankin.

Lady Denison (Fiona Reid) and her daughter Margery (Julia Course) practice the preaching of Basil Hylton (Graeme Somerville), the founder of The Church of Humanity: people should be given what they want and not what they deserve. They therefore invite some dreadful people to their country house because no one else would have them. That is a very good formula for comedy.

Fiona Reid cannot be outdone as the cheerful, kind, not too bright Lady Denison. Her vocal intonations, pitch-perfect delivery of her lines and her body language make up a superb comic performance. Course does excellent work as her equally kind daughter Margery who does charity work for everyone and just loves the world. 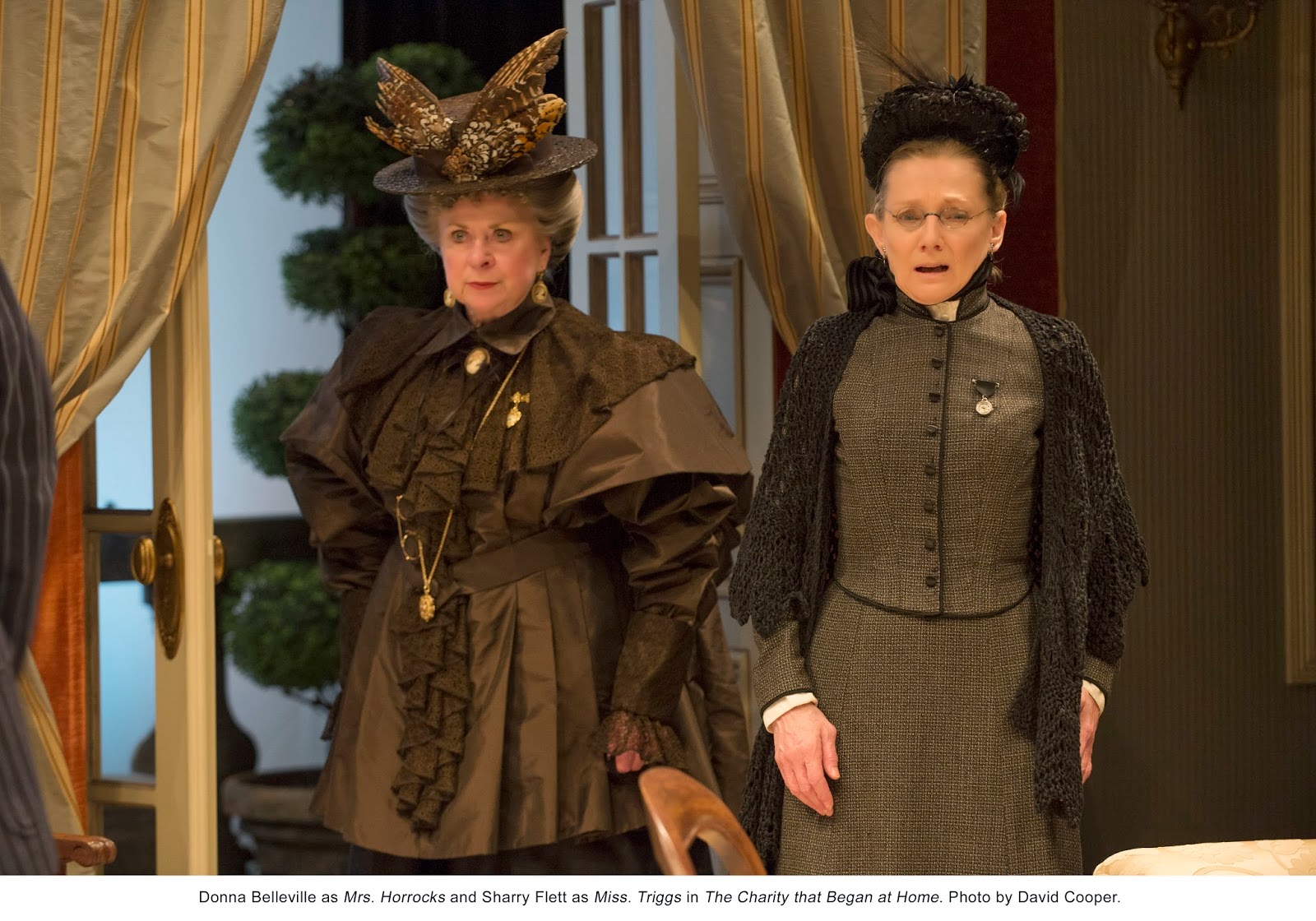 The dreadful and colourful guests arrive. Jim Mezon plays the loud, brakeless-mouthed General Bonsor. He is not wanted anywhere else because he is an utter bore but in this house he is welcomed. Mezon has no problem handling the role and getting the laughs.

Neil Barclay plays Mr. Firket, a misfit of a commission salesman and Sherry Flett is Miss Triggs, a crotchety and unpleasant teacher of German. Donna Belleville plays the obnoxious and conceited Mrs. Horrocks. Hugh Verreker (Martin Happer) is the handsome and well-behaved young man that Margery falls in love with. But he has a “past” that will come to haunt him and add considerable interest to the plot right to the very end.

Reason and common sense are represented by Mrs. Eversleigh (Laurie Paton), Lady Denison’s sister-in-law. She believes that it is our duty to love our enemies but only on Sundays and without ever actually doing it. Paton turns in a splendid performance and acts as a fine foil Reid’s flighty Lady Denison.

Misplaced charity, decency, philanthropy and misfits misbehaving are all in the play but one cannot have good theatre without a love story and Hankin provides that as well.

Lady Denison’s charity extends to her servants and needless to say she has hired some losers who cause nothing but grief. The straight-laced butler Soames (Andrew Bunker) impregnates the maid Anson (Darcy Gerhart) and cannot marry her because he already has a wife. William (Edmund Stapleton) wants to quit and there is havoc in the servants’ hall, you might say.

Newton gets superb performances from them all. The pacing is good, the actors’ raections excellent and it is a production that gets very high marks.

The first three acts of the play take place in the drawing-room and the fourth act is supposed to be in the dining room. Newton and Designer William Schmuck sensibly keep all the action in the drawing-room, an elegantly designed and brightly lit Edwardian space.
A thoroughly enjoyable evening at the theatre.
______

The Charity that Began at Home by St. John Hankin will run in repertory until October 11, 2014 at the Court Hose Theatre, Niagara-on-the-Lake, Ontario. www.shawfest.com.
Posted by James Karas at 10:14 AM