THE ROAD TO MECCA - REVIEW OF SOULPEPPER PRODUCTION 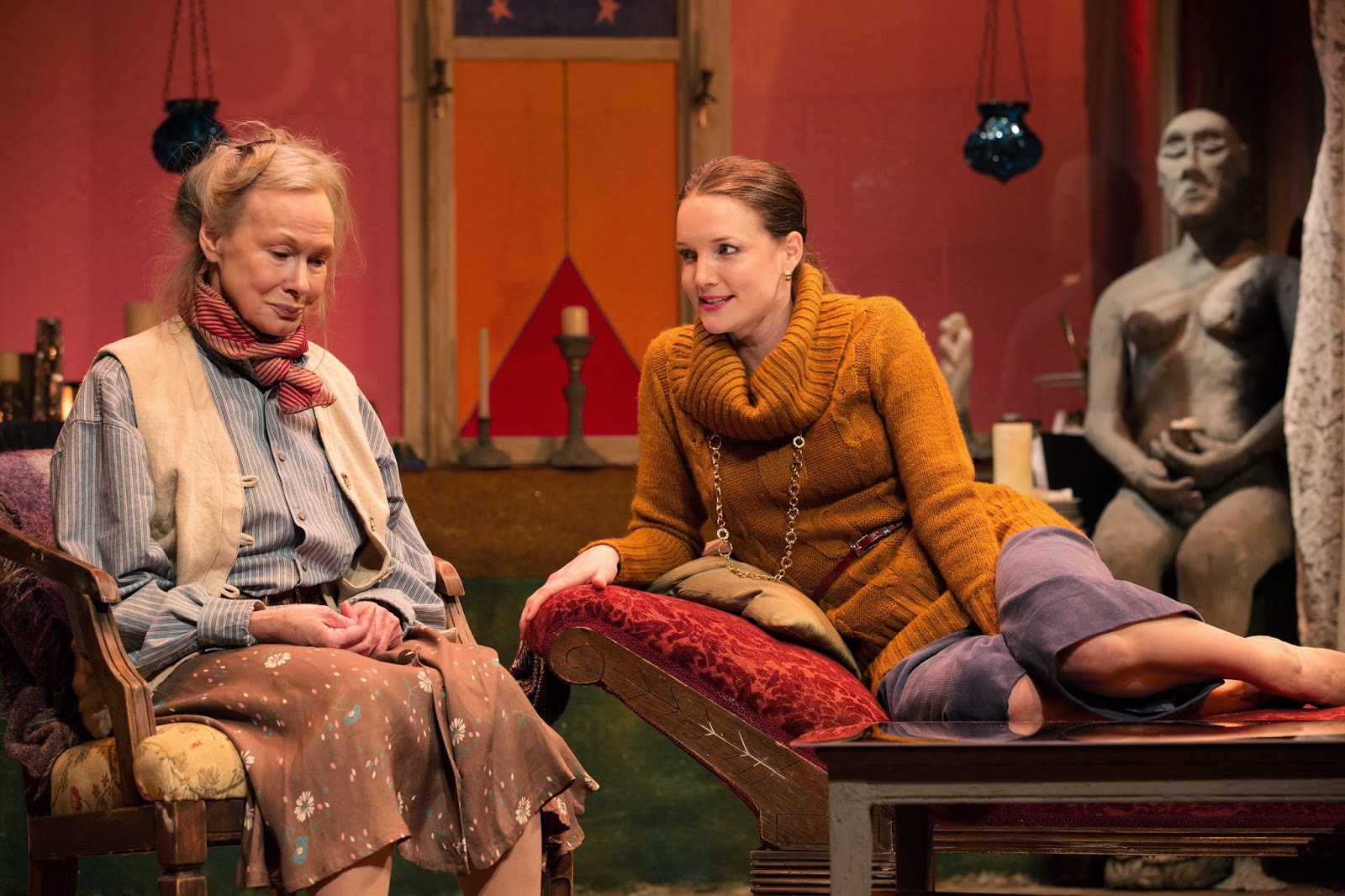 Athol Fugard’s The Road to Mecca receives an impeccable and superb production by Soulpepper theatre company. It has three outstanding performances and highlights all the strengths of this moving and multi-layered play.

The play is set in a desolate area of South Africa in the 1970s. The plot is deceptively simple, unfolds slowly and we do not appreciate its full impact and complexity until the end. Miss Helen (Diana Leblanc) is an elderly woman, living alone in a village and is visited by Elsa (Shannon Taylor), a young teacher who drove some eight hundred miles from Cape Town to see her friend.

Miss Helen is facing old age and the frailties that come with it. She almost perished when her house caught on fire, she is forgetting things and seems to be ready for a room in a retirement home. She is a diffident recluse who has no friends in the village and also a talented sculptor who has created a world of her own, her Mecca, in the yard of her house. Her only friend in the village is a servant and Marius Byleveld, the pastor (David Fox).

Elsa, her true friend, is visiting unexpectedly for one day because Miss Helen wrote to her indicating that she was confronting “darkness” which could be depression or a desire to end her own life.

The relationships and interactions among the three characters are set against the background of the reactionary morality of the village and the political canvas of South Africa. The focal point of the play is the fight for freedom by the two women and the fight for Helen’s soul. As the play progresses we see Helen as a woman of strength who abandoned organized religion and built her own Mecca despite the bigotry, hatred and indifference of the people in the village. Ow she is in danger of losing it all in the hands of the abominable pastor and the even more abominable village society.

Diana Leblanc delivers an outstanding performance. Her character grows or is revealed from a church-going, frightened, depressed woman who is ready to give up all her freedom and move to a retirement home to a woman of strength and pride who has rediscovered herself and her artistic talent. 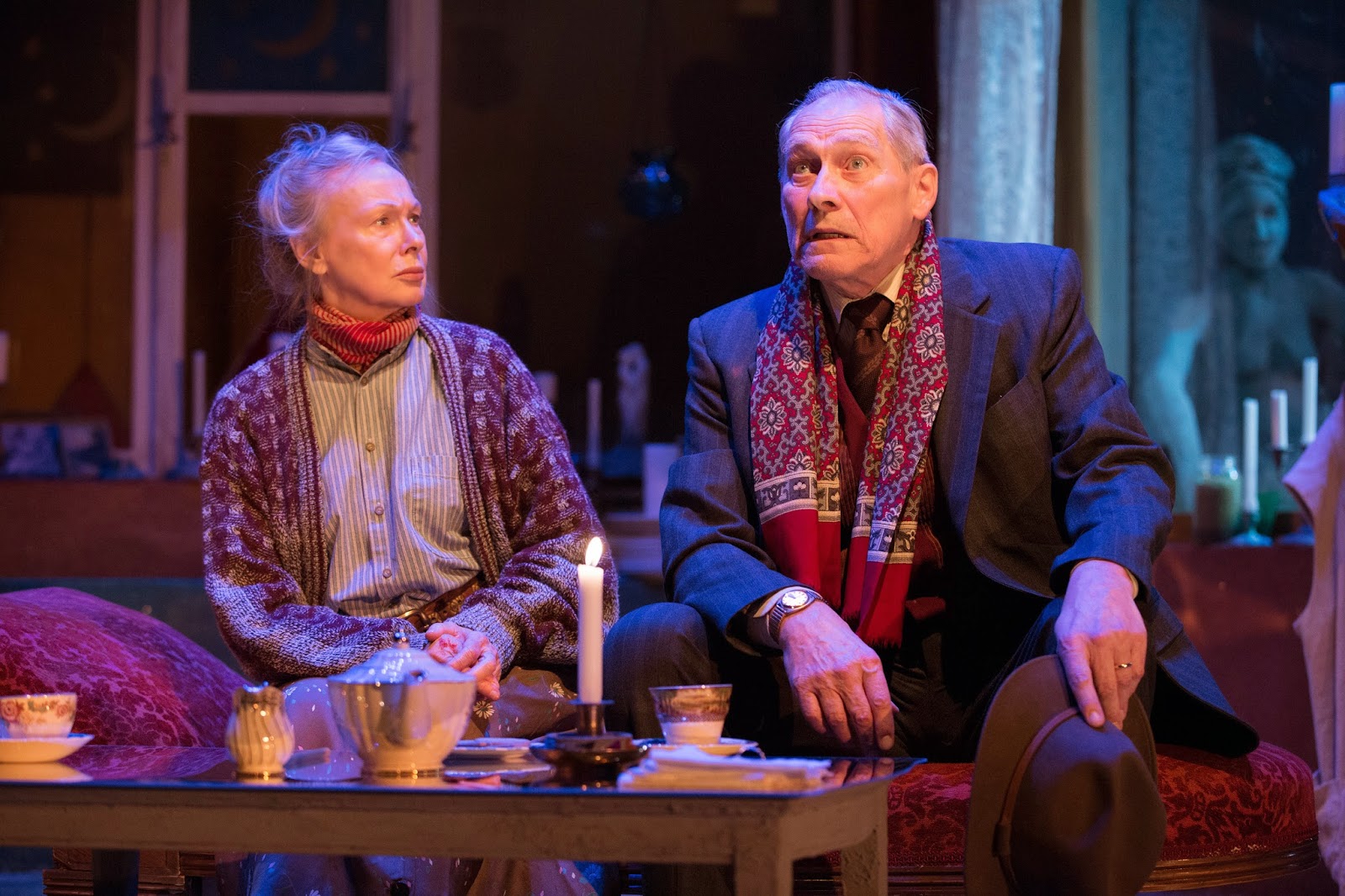 The repressive society of the village and the cause of her “darkness’ is represented by the pastor, a dour, authoritarian, close-minded, moralistic and (in his own mind at least) utterly humane Christian. (Think of Pastor Manders in Henrik Ibsen’s Ghosts.) The role was surely written for an actor like David Fox. He has a fine voice, exuding authority and compassion even if it is hollow and based on the doctrine of a domineering cleric who wants to control people in the guise of saving their souls.

The antidote to the pastor is Elsa, a woman with her own problems, but a powerful friend of Helen. Taylor’s performance is simply marvelous. She is a tough no-nonsense woman who calls a spade a shovel and fights like a tigress for Helen even when she pretends indifference. Taylor deserves very high marks for a nuanced performance that goes from the fully energetic support of her friend to a fuller understanding of herself. It is the latter that illuminates the different worlds of the play and gives strength and life to both women.

David Storch directs the performance with an eye for detail and tone. He gets terrific performances from the three actors. Set and Lighting Designer Beth Kates fills the stage with heathen sculptures and her lighting enhances the action especially in the scene where the pastor is at his most stentorian moralizing and his face is lit from below making him look frightful.

I think there is dip in the middle of the first act where one’s attention is in danger of wandering. Storch’s directing and Taylor’s spirited acting prevent any such drifting and the play moves at a measured pace.

The Road to Mecca is a thought-provoking play that is worth seeing for many reasons, best of which is the quality of this production.
_________

The Road to Mecca by Athol Fugard opened on May 5 and will run until May 18, 2014 in the Michael Young Theatre at the Young Centre for the Performing Arts, 55 Tank House Lane, Toronto, Ontario. www.soulpepper.ca
Posted by James Karas at 9:53 PM