CASH ME IF YOU CAN - REVIEW OF PATRICK COMBS PERFORMANCE

Cash Me If You Can is a one-man show in which a non-actor tells his story about depositing a non-negotiable cheque from one of those get-rich-quick snake oil sales companies. Stop yawning. It is a terrific show that succeeds on all counts including the completely unexpected.

A few facts. Patrick Combs, a young San Franciscan, got a junk-mail letter which contained a cheque for $95,093.33. As a joke, he deposited the cheque and waited for it bounce. Days went by and the money remained in his account. He made inquiries, told friends, asked lawyers, worried about having committed fraud but the money stayed in his account.

He never seriously considered keeping his mouth shut and spending the money which he probably could have done. He told the bank and its lawyer about what had happened and he asked the bank for an apology for its incompetent and idiotic behaviour. He told his story to the Wall Street Journal and other media outlets. He got a lot of attention including heavy-handed threats from the bank’s Mafia-like enforcer and representatives. 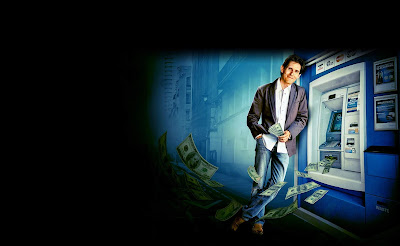 The incident from the deposit of the cheque to final resolution of the problem took about six months in 1995. If you want precise dating, the incident came to an end the day the verdict in the O.J. Simpson trial was announced.

Combs took the incident and created a brilliant, touching, funny and resoundingly successful show which has finally reached Toronto. He is the writer, director and performer of the show and its success is well deservedly. It is the type of feel-good show that is an amazing example of human decency and resilience that makes superb theatre as well.

Combs if a great story teller. He knows how to pace his performance, involve the audience, build up suspense and do a bang-up job with the punch lines. The outline of the story sounds unprepossessing but the structure and performance by Combs makes it utterly successful.

Can you deposit a cheque that is marked clearly “non-negotiable” and expect the bank to honour it? It should be an easy question to answer but it is not. Combs goes to legal libraries, finds a foot-thick legal treatise (without a table of contents) and tracks down the author of the book. What is the answer? Combs keeps us in suspense (and laughter) until he gives us the answer. That is a good example of how he makes the performance work.

He makes very good use of video projections that provide illustrations and humorous cartoons and he rarely stays still.

James Karas is the Senior Editor - Culture of The Greek Press
Posted by James Karas at 11:41 AM