THE NORMAN CONQUESTS – REVIEW OF THREE HITS FROM SOULPEPPER 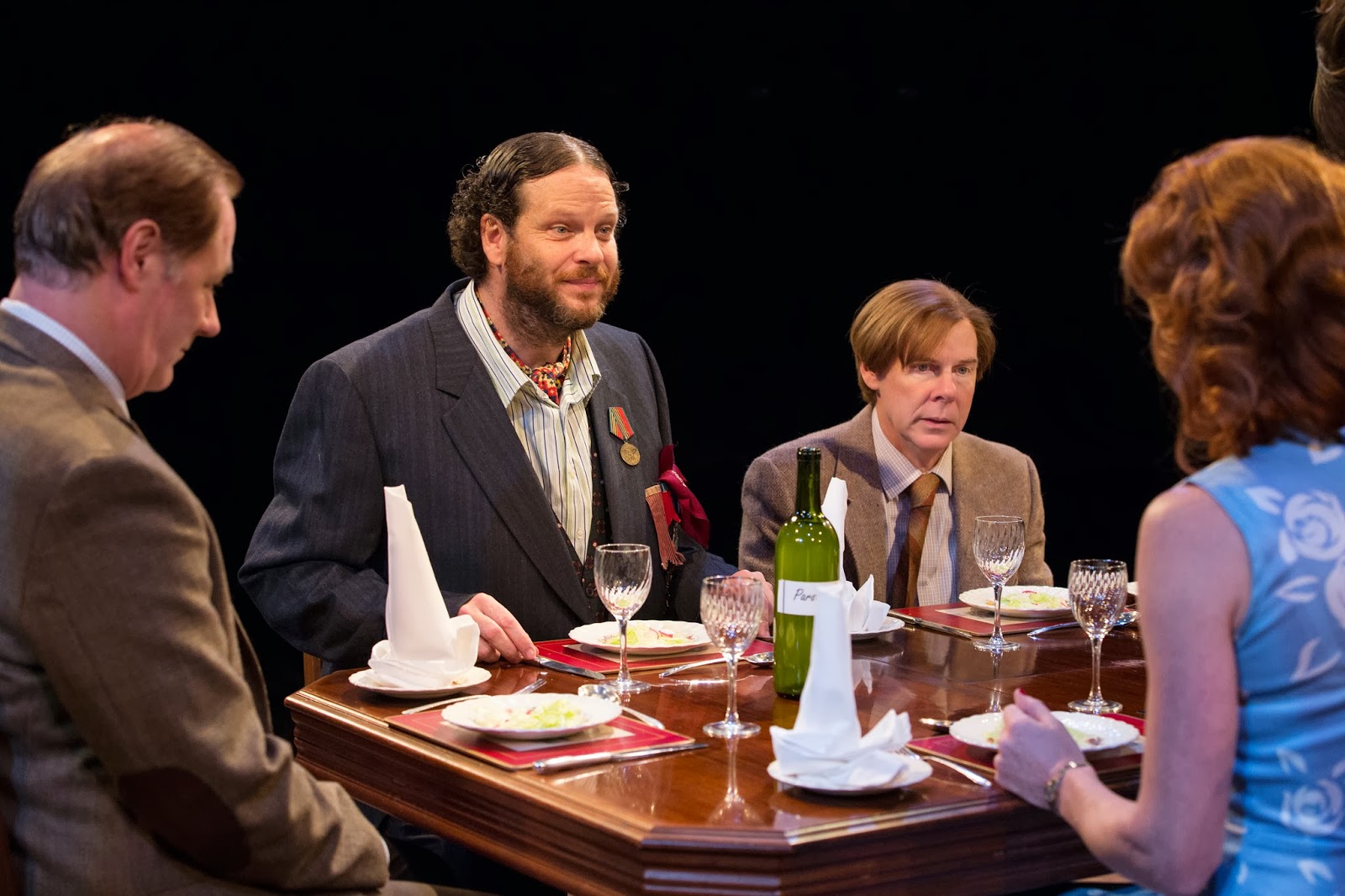 
Some forty years ago Alan Ayckbourn wrote a hilarious trilogy called The Norman Conquests. It consists of three play entitled Table Manners, Living Together and Round and Round the Garden. Soulpepper revived the three plays last November and it has bought them back for those who missed them. We should be grateful for the laughter and sheer joy of seeing of seeing these very funny plays. In case you are wondering, the title of the trilogy has nothing to do with the invasion of England in 1066.


The three plays have the same six people, in different parts of the same house, on the same weekend, involved in the same plot. Yet the plays are different, self-contained and can be seen in any order. That is a major achievement for a playwright.


Table Manners, the first part of the trilogy, takes place in the dining room; Living Together is set in the living room and Round and Round the Garden, in the garden. In each play we have a family get-together of six distinct, eccentric, dysfunctional and hilarious people. Ted Dykstra directs the fine Soulpepper cast with inventiveness, imagination and comic brilliance.

All the action takes place in a house in the country. Reg (Derek Boyes) and his wife Sarah (Fiona Reid) arrive at the house to look after Sarah’s mother so that Annie (Laura Condlin) can get away for a weekend.

Ruth’s husband Norman (Albert Schultz) also arrives and we soon learn that he is to be Annie’s weekend companion. Annie just happens to be Ruth’s and Reg’s sister and she has already rolled on the carpet with Norman. Annie’s neighbour Tom (Oliver Dennis) completes the sextet of characters that people the three plays.


The cast ekes out every laugh that Ayckbourn wrote and many more thanks to outstanding acting and directing. Shultz as Norman is irresponsible, irrepressible, rude, crude, lazy, slovenly and hilarious. He is a total slob who somehow manages to conquer his wife’s apparently sensible and attractive sister as well as his brother-in-law Reg’s wife Sarah. He exudes some kind of charm in the midst of countless uncharming qualities. Schultz takes advantage of every opportunity and uses his ample comic talent to give us a riotous protagonist.
Fiona Reid as Sarah is a fussy, idiotic, psychotic lunatic who manages to be outrageously funny. Boyes as Reg is bombastic, loud, frustrated and puts all those traits to marvelous comic use.

Norman’s eccentricities are surpassed by his wife Ruth who is cold, shortsighted, nuts and nasty and done superbly by Mennell.

Annie is single, lonely, frustrated and all alone in looking after her invalid and very high maintenance mother whom we never see. She is sensible except in her relations with Norman and her neighbour Tom. She agrees to spend a weekend in a hotel with Norman against all the rules of common sense and prudence but without offending the rules for producing laughter. A fine job by Condlin.


Competing for the top spot on hilarity scale in a crowded field is neighbour Tom, Annie’s maladjusted neighbor and would-be lover. Dennis wears a red hairpiece and looks like the eternal misfit. Indecisive, dense, awkward, Tom becomes hilarious in the hands of Dennis.

The plays are done in the small Michael Young Theatre with the playing area in the middle and seats on each side. This setup is not particularly suitable for plays that have numerous entrances and exits through specific doors. The usual proscenium stage works much better.


But that is a small quibble over a terrific production of this marvelous trilogy.
__________


The Norman Conquests (Table Manners, Living Together and  Round and Round the Garden) by Alan Ayckbourn continues until March 8, 2014 at the Young Centre for the Performing Arts, 55 Tank House Lane, Toronto, Ontario. www.soulpepper.ca  416 866-8666

Email ThisBlogThis!Share to TwitterShare to FacebookShare to Pinterest
Labels: Theatre