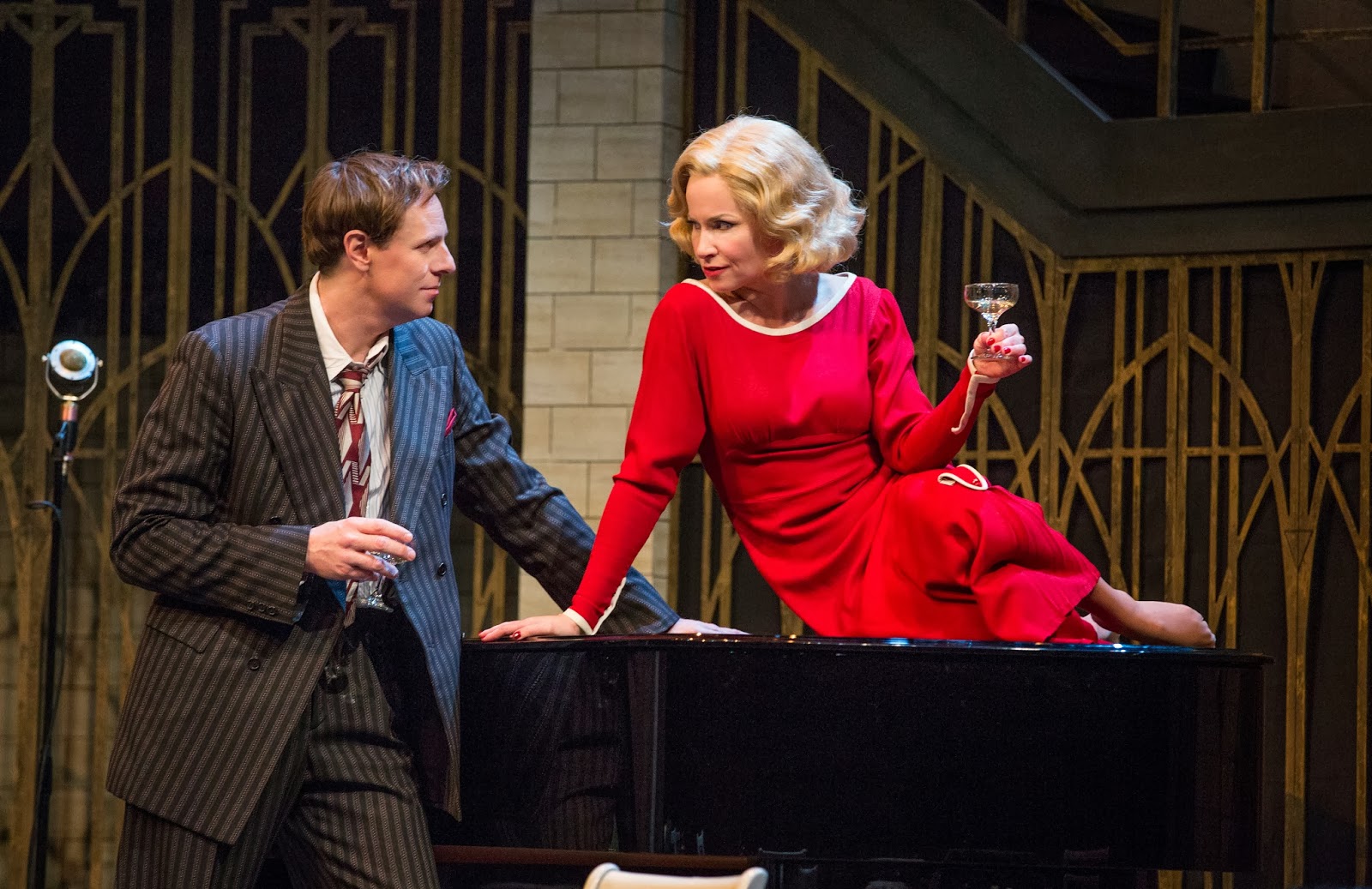 There are many good reasons for producing Idiot’s Delight, Robert E. Sherwood’s 1936 play that almost predicted World War II and won a Pulitzer Prize. Soulpepper deserves full marks for reviving a long-forgotten piece. Unfortunately the extent of our gratitude for the revival is not quite matched by our reaction to the quality of the production.

Sherwood’s play takes place in a pretentious second-rate hotel in northern Italy near the borders of Switzerland, Austria and Germany. There are over twenty characters that represent almost a European summit. We have representatives from England, Russia, Germany, Austria, Italy and the United States, assuming I did not miss a country.

There are romantic subplots and a vaudeville show but the core of the play is the political situation in Europe and the impending war. Fascism, the production of munitions and lack of social justice are threatening the peace of Europe and a tense situation prevails at the hotel as people try to get out of Italy.

The central character is Harry Van (Dan Chameroy), a decent and likeable American who is travelling with Les Blondes, a vaudeville show that he is taking around Europe. Van has a somewhat shady past but in the end he is the voice of reason and honourable conduct. Chameroy’s performance is quite good.

Raquel Duffy plays the stunning-looking Irene, a woman who has pretensions to royal connections but is in fact a pathological liar and fantasizer. That does not make her unattractive and in the end she redeems herself by finding love, we hope, with Van. Duffy has the physical attributes for Irene and she can act the part if only Irene were not Russian. Duffy, like almost all the cast that has to attempt other than North American pronunciation, is incapable of a consistent accent.

The actors, except for the American characters, have to speak Italian (there is quite a bit of it) or imitate Italian, Russian, German or English accents. The accents range from the inept to, let’s just say, much worse. Some of them are not even consistently inept as they veer off into their native mode of speech. We have the right to expect better. 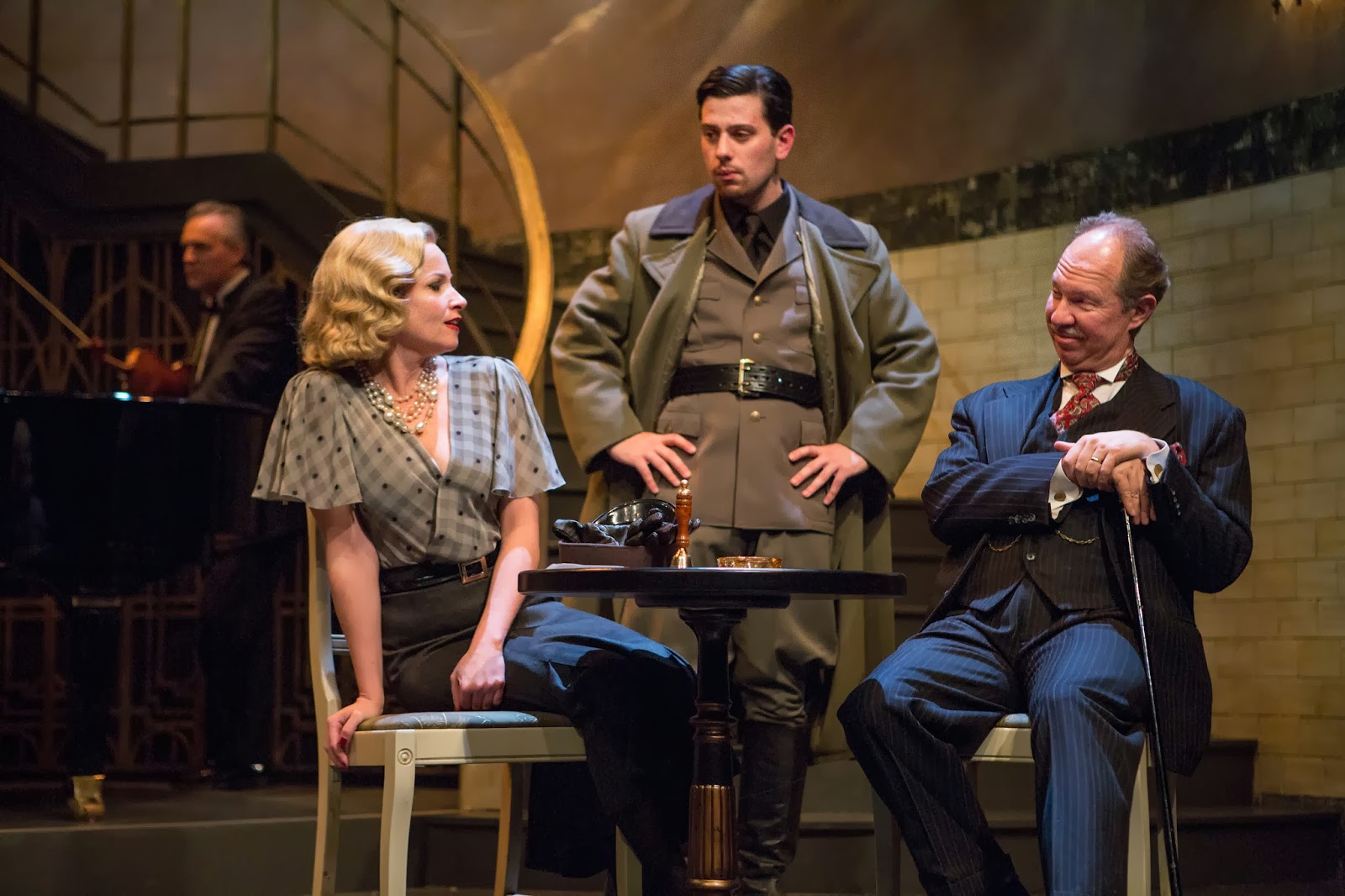 The production has many veteran actors whom we see regularly and we know they can do superb work. Not so in this production. Let me list them alphabetically: Evan Buliung as the waiter Dumpsty attempts an Austrian or is it Italian accent; Mikaela Davis and Gordon Hecht as the English honeymooning couple try an English accent; Diego Matamoros as Achille Weber, the munitions tycoon, attempts some kind of accent that he should not; Gregory Prest as Quillery, the Communist revolutionary, tortures French pronunciation; William Webster as a German doctor proves that he cannot do a German accent. There are a number of roles that require Italian accents but find little satisfaction from the actors.

Jeff Lillico is lucky because he plays the American Navadel, the rather snarky Social Director of the resort and he has no accent issue.

The accents are not the main problem. Director Albert Schultz simply fails to find the pace and mood to draw us into the play’s world of the 1930s. The theatrical magic that is the communication between stage and audience was simply lacking and instead of being enraptured we were looking at our watches.

Van and Les Blondes do some singing and dancing and the production requires, in addition to the usual artistic team, a Musical Director (Mike Ross), a Choreographer (Julia Aplin) and a Dialect Coach (Diana Pitblado).

In the end, one is glad to have seen the play and wishes that it had been given a better production.

Footnote: the play is rightly admired for its prescience about World War II. When the play was published in 1936, Sherwood wrote a Postscript expressing his “conviction that those who shrug and say, “War is inevitable,” are false prophets. I believe that the world is populated largely by decent people, and decent people don’t want war.”

Idiot’s Delight by Robert E Sherwood opened on January 30 and will run until May 1, 2014 at the Young Centre for the Performing Arts, 50 Tank House Lane, Distillery District, Toronto, Ontario. www.soulpepper.ca 416 944-1740
Posted by James Karas at 1:40 AM