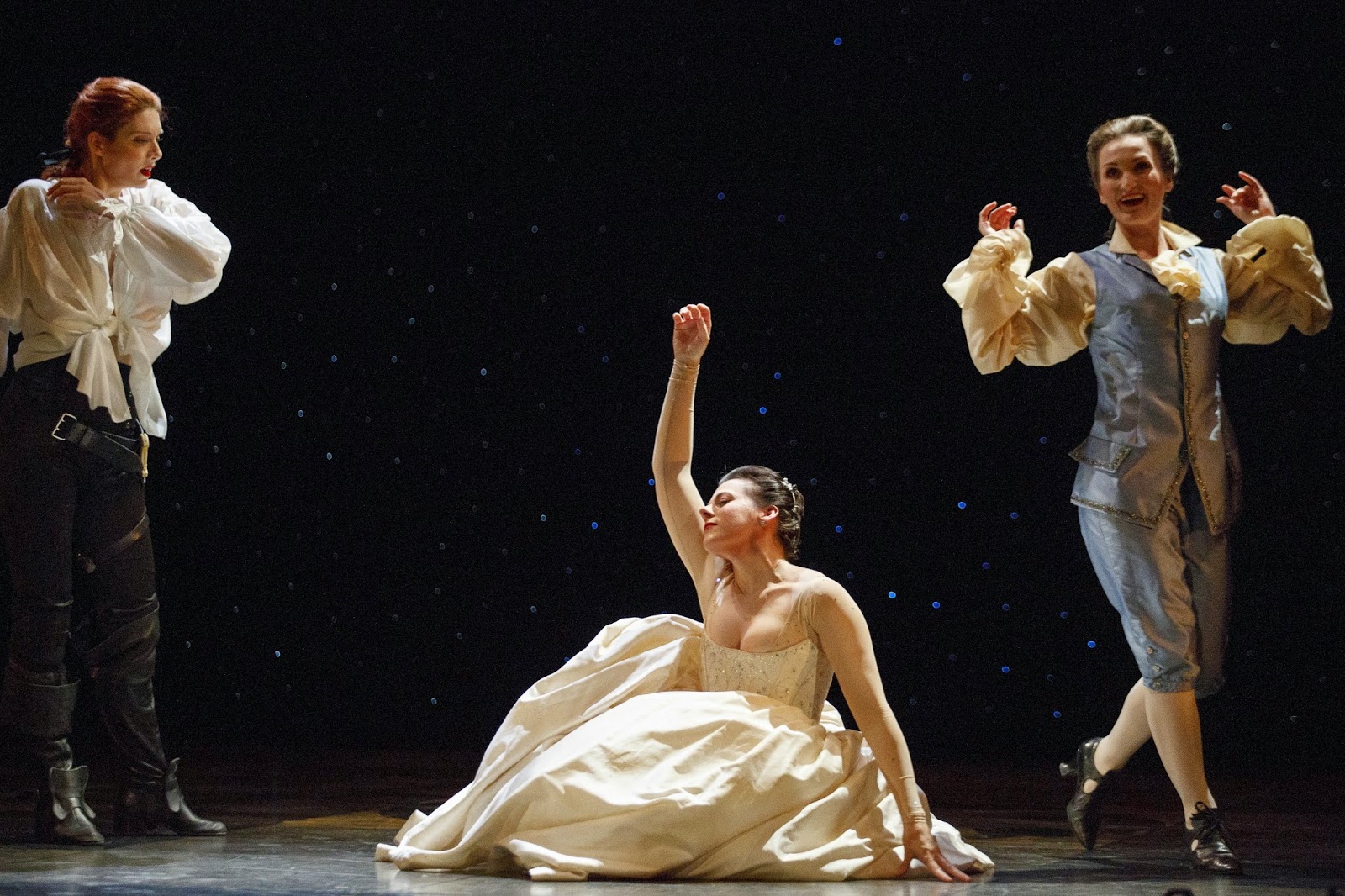 Opera Atelier delivers a largely successful and imaginative production of Gluck’s Orpheus and Eurydice at the gorgeous Elgin Theatre. Director Marshall Pynkoski has produced the Hector Berlioz version of the opera having already staged the earlier two versions of the work.

Orpheus is considered the first “reform” opera. It was premiered in Vienna in 1762 and contains the first hit song in opera, “J’ai perdu mon Eurydice.”

Opera Atelier is in its element with this masterpiece and Pynkoski with Choreographer Jeannette Lajeunesse Zingg and Set Designer Gerard Gauci deliver an opera and a ballet with some splendid sets.

Most of the singing of the opera falls on the vocal chords of Orpheus who has a tough job indeed. The role has been sung by voices from castrato to tenor but for this production Pynkoski has chosen mezzo-soprano Mireille Lebel. It is not an entirely happy choice. Lebel sings correctly and usually very prettily. But Orpheus goes through a gamut of emotions from deep grief at the death of his bride, to singing with such ravishing beauty that he convinces the Furies to let him go to the underworld, to elation and back to despair.

Lebel does not have a big voice and there were times when she came perilously close to not being heard. But the real issue is lack of coloration and emotional depth. We need to feel Orpheus’s anguish and elation. His appeal to the Furies must be like the Sirens’ song to Odysseus – unbearably alluring. Unfortunately Lebel’s emotional appeal on all those levels, though good, lacked the breadth that one hoped to find. 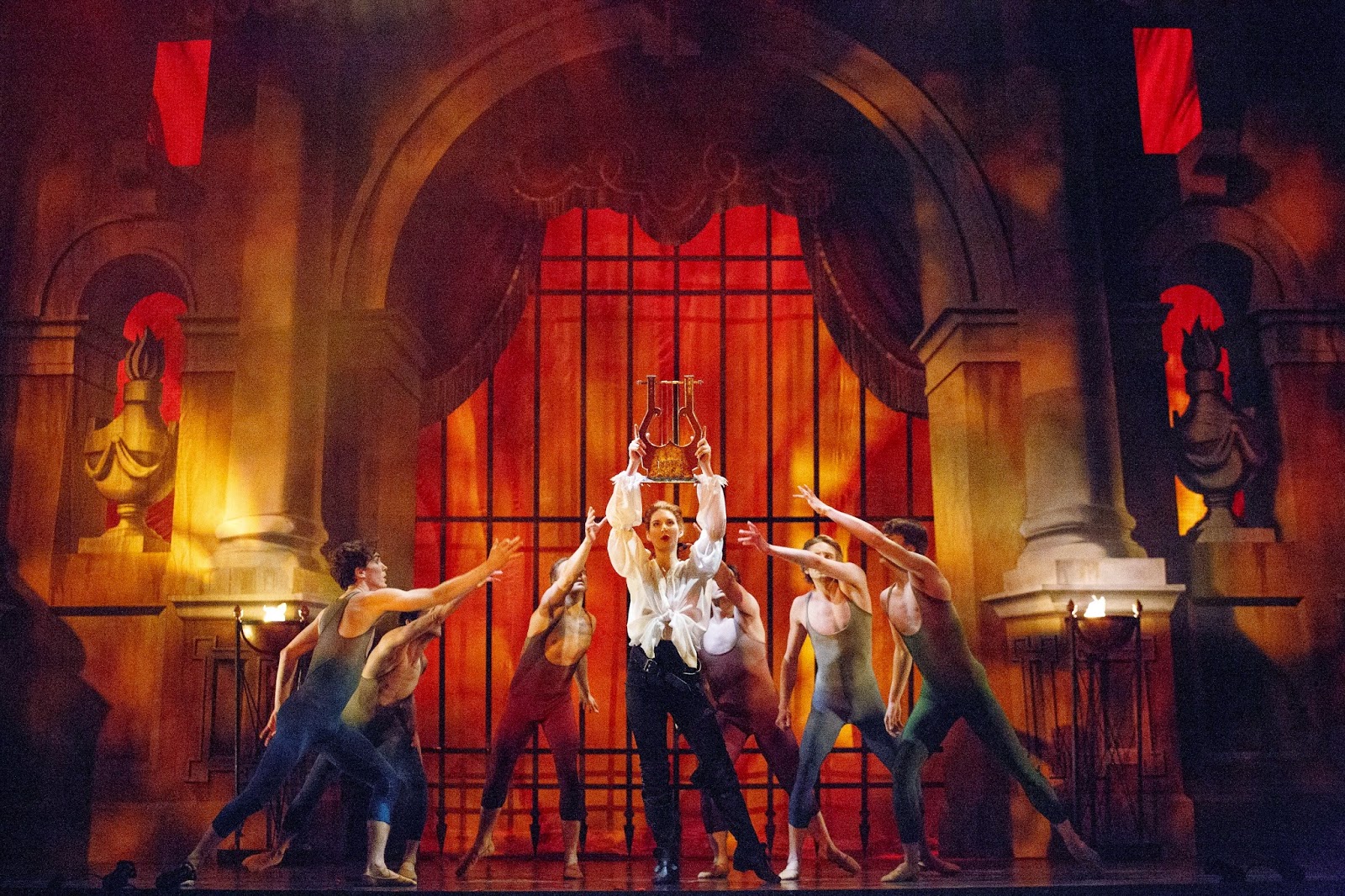 Mireille Lebel (Orpheus) with Artists of Atelier Ballet. Photo by Bruce Zinger.
Soprano Peggy Kriha Dye sings an outstanding Eurydice. She has a full, lovely voice, expressive and impressive. When Orpheus and Eurydice sing together we hear the difference between the two singers quite dramatically.

Soprano Meghan Lindsay sings the relatively smaller role of Amour and she does a fine job.

Zingg does her usual best in providing ballet dancing throughout and an extended piece at the end. The opera can be static but Pynkoski and Zingg never allow it to become so.  Pynkoski adopts choreographic moves for the three characters and Zingg supplements those with the corps de ballet. The result is a colourful and splendidly paced production.

Gauci provides a colourful set with the scene in Hades being especially effective. Margaret Lamb’s costumes are colourful and delightful.

The Tafelmusik Chamber Choir and the Tafelmusik Baroque Orchestra conducted by David Fallis do superior work.
_____