THE ART OF BUILDING A BUNKER – REVIEW OF FACTORY THEATRE PRODUCTION 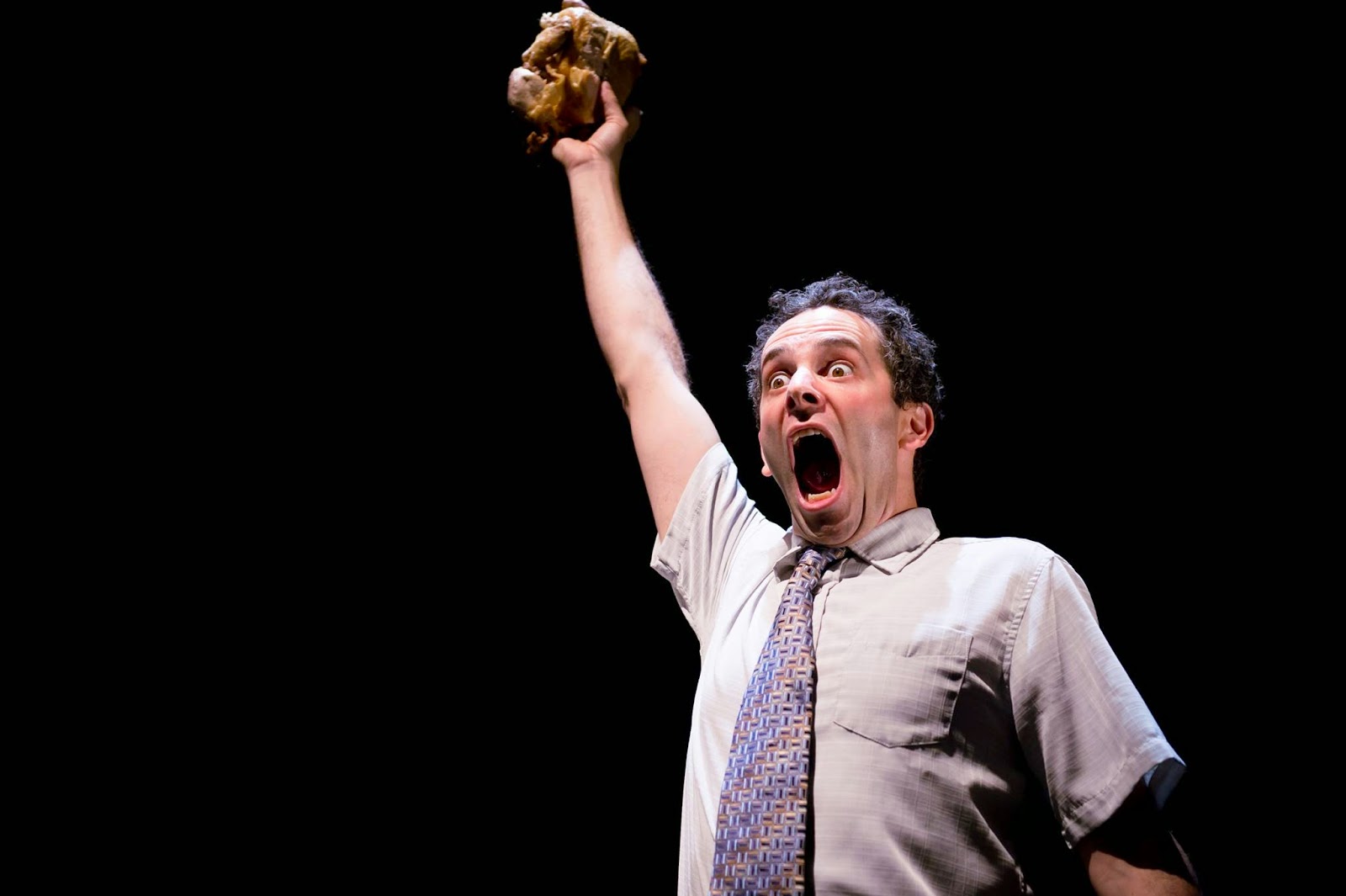 Adam Lazarus in The Art of Building a Bunker at Factory Theatre.

The Art of Building a Bunker, now playing at the Factory Theatre, has a promising beginning, a muddled middle and an editorializing end that add up to an interesting night at the theatre with a play that needs a dramaturge. Adam Lazarus and Guillermo Verdecchia are listed as “creators” of the piece and I am not sure how that differs from writers. Lazarus is the sole performer and Verdecchia directs.

The programme tells us that this is “a play about sensitivity training that is ANYTHING BUT SENSITIVE.” Lazarus appears as a number of characters including someone called Cam who has been ordered by his boss to run a sensitivity training class for a week and someone called Elvis who has been ordered to take one. Lazarus starts with the obnoxious jargon of such sessions including words like inclusivism, sensitivity etc. He interpolates what he really thinks of such drivel and is very amusing.

There are a number of people from very different backgrounds in the group and Lazarus imitates their accents and continues with the unctuous language of sensitivity training with trenchant asides. In addition to the characters, Lazarus manages several accents and delivers a performance that is difficult and superb. The problem is not the acting; it is the play.

The play quickly runs out of material and it goes off into various tangents but concentrates mainly on Elvis. My mind started wandering and I had some difficulty concentrating and following what was going on. We have Elvis, probably a sociopath, who is building a bunker. He editorializes about most of the headlines in the current newspapers from Ebola in Texas to North Korea’s nuclear arsenal to genetically modified foods to ISIS and you-name-it. But there is no real explanation about Elvis’s character or his actions. What is he and what is the bunker meant to protect him from?

Creator/Performer Lazarus works very hard to entertain us. He does some acrobatics, some physical comedy, manages a number of accents and creates different characters. But the script is so muddled that only he and Creator/Director Verdecchia could follow all its twists and turns that lead to ninety minutes of discovering that the play needs some editing, tightening up and more meat to make a good night at the theatre.
____

The Art of Building a Bunker by Adam Lazarus and Guillermo Verdecchia opened on October 21and will run until November 2,  2014 at the Factory Theatre, 125 Bathurst Street, Toronto, Ontario. www.factorytheatre.ca.
Posted by James Karas at 4:11 PM