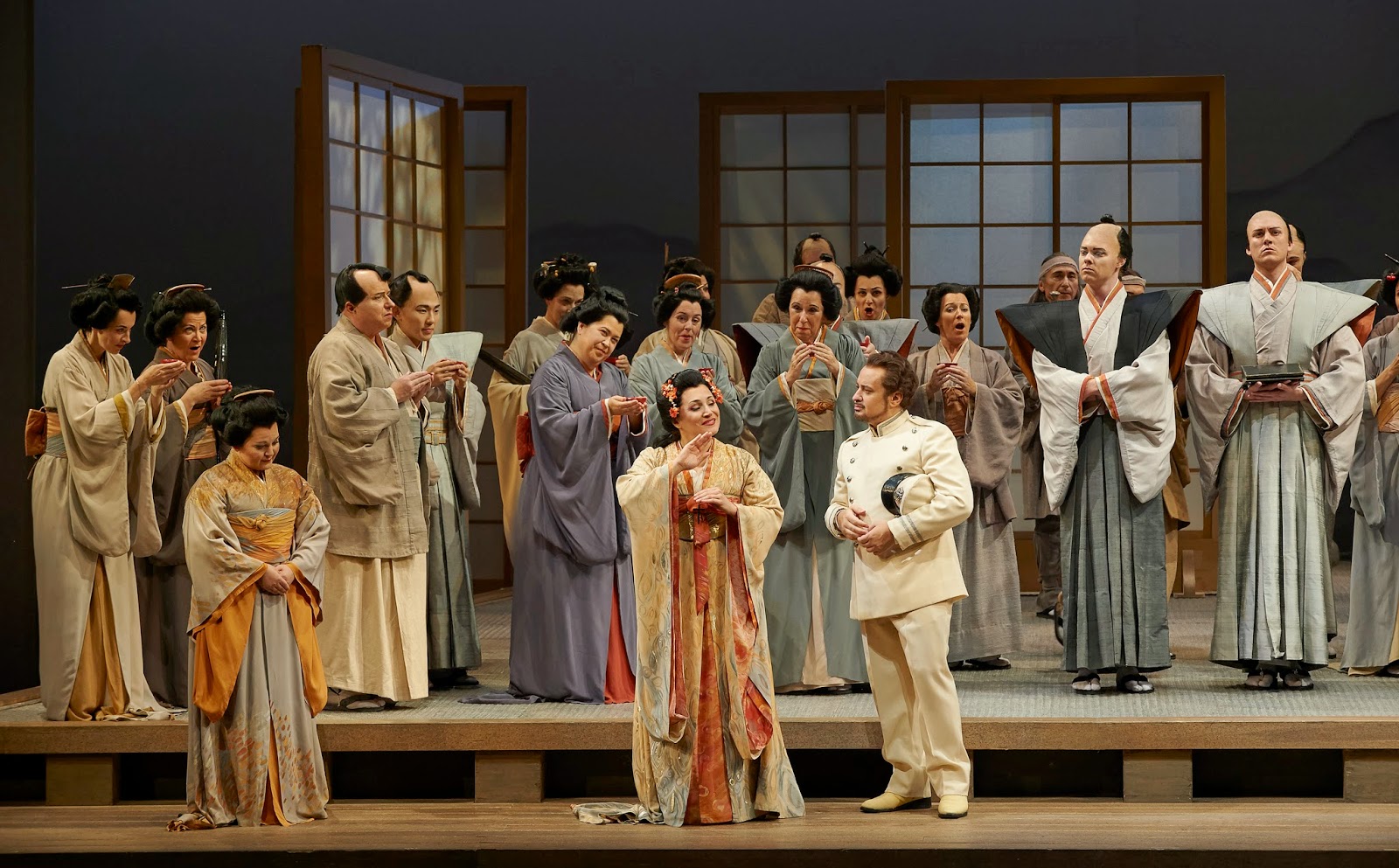 The Canadian Opera Company has revived its 2003 production of Madama Butterfly in what can best be described as a mixed blessing. Brian Macdonald’s production was last seen at the Four Season Centre in 2009 and it has not fared well with the passage of time.

The best part of the production is soprano Patricia Racette’s performance as Cio-Cio San. It is a role that requires a huge emotional and a significant vocal range and Racette does a superb job as Butterfly, the 15-year old Japanese girl who marries, Pinkerton, a despicable American naval officer. She goes from blissful infatuation, to deep love, to desperation, to eternal hope, utter despair and finally suicide. Racette captures all those emotions in her bravura performance.

The most disappointing performance was that of tenor Stefano Secco as Pinkerton. His voice was not strident but it fell well short of the tone of the passionate lover of the first act. He was simply unconvincing either as a lover or a cad. To my great surprise, the audience did not take to him at all and a substantial number of usually polite Canadians booed him. An average performance does not deserve that kind of treatment. 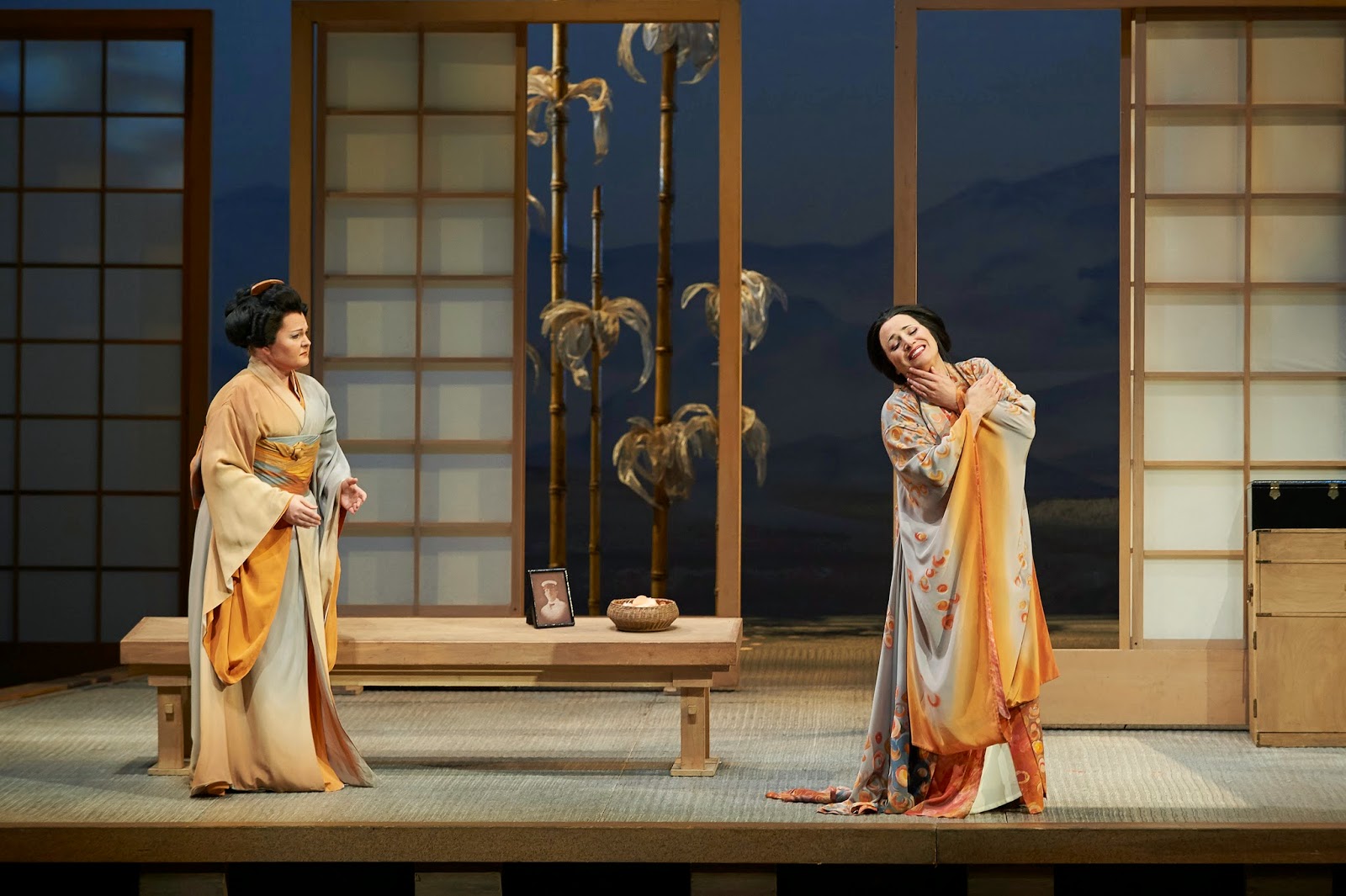 Mezzo-soprano Elizabeth DeShong was an affectionate and dramatic Suzuki and gave an impressive performance. Baritone Dwayne Croft was a sympathetic Sharpless, the humane American Consul. His resonant voice stood him in good stead and he provided fine contrast to Pinkerton.

Macdonald’s and Set Designer Susan Benson’s conception seemed flat and indeed almost drab. Half a dozen screens on a raised platform were practically the sum total of the set. In the background we see a faded mountain presumably on the other side of Nagasaki Harbour. The sky is gray, the sides of the stage are gray and the costumes seem unimaginative. What was simple and even attractive a few years ago no longer satisfies and we need a more imaginative production but do keep Patricia Racette.

The directing seemed careless. The Pinkerton-Butterfly duet in Act I is an ardent expression of love but physically they almost never get even close to each other. “You are the centre of the universe,” “you are mine,” “yes, for life” they sing in passionate bliss. You can’t very well have them in each other’s arms for the duration of the duet singing into each other’s dental work but the staging was decidedly awkward. There has to be sexual electricity between the two even if they are apart because they are about to have their honeymoon.
Racette rises to the occasion in the final scene when she says farewell to her child and kills herself. The libretto calls for Pinkerton to sing “Butterfly! Butterfly! Butterfly” offstage and he and Sharpless rush onto the stage. Pinkerton is supposed to fall on his knees in a possible gesture of repentance. In this production, they are not seen at the end at all. They are not needed. Racette carries the scene all by herself.
_____

Madama Butterfly by Giacomo Puccini opened on October 10 and will be performed twelve times until October 31, 2014 at the Four Seasons Centre for the Performing Arts, 145 Queen Street West, Toronto, Ontario. Tel:  416-363-6671. www.coc.ca
Posted by James Karas at 12:59 AM