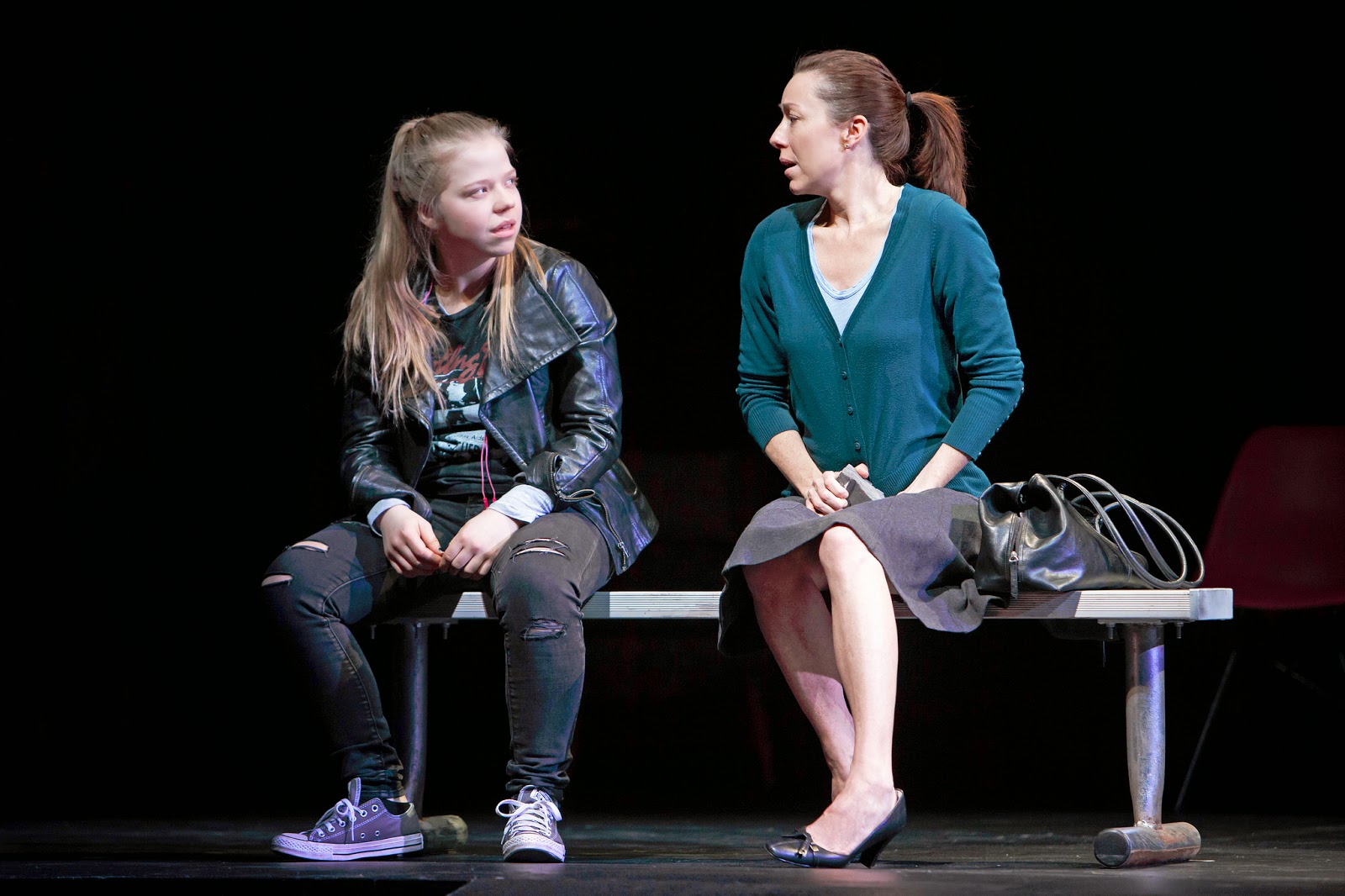 Harper Regan is an interesting play by Simon Stephens and Canadian Stage has given it a noteworthy production. As usual with anything chosen and directed by Matthew Jocelyn it is a play that breaks most of the rules of entertainment-as-usual-for-the-tired businessman and even for the seasoned theatre goer.

The premise of the play is fairly simple. Harper Regan, a woman of 41 with a husband and teenage daughter wants to get leave from her employer so she can see her dying father. Her boss denies it and she goes to see her father in any event. She lives near London and her parents are in Manchester.

Harper has her share of troubles. She does not get along with her daughter; her husband is unemployed because he was caught photographing children bathing and is on the child molesters register; she hates her mother and she cannot make emotional contact with anyone. She manages to make some kind of contact with a man that she picks up on an internet site and they have sex in a hotel.

Stephens tells Harper’s story in a number of episodes with Harper interacting with most people one on one. Her first encounter is with her employer Mr. Barnes (Hardee T. Lineham) a gruff employer.

She has an awkward meeting with a college student whom she accosts on a bridge. He is nervous and awkward as she tries to establish some contact with him but fails. The pattern is repeated. She goes to a bar at 11:00 a.m. and meets Mickey (Philip Riccio) who lends her his leather jacket and asks her for sex. She breaks a glass on his neck and leaves with his jacket. She becomes attached to that jacket even though she tried to murder its previous owner.

Harper does not see her father and her encounter with her mother changes her view of her idolized father.

She returns to her husband and daughter and confesses her adultery in the hotel in some detail. Her husband starts dreaming of moving to the country. The opening scene is the beginning of the play but where is the middle and where is the end? It is a continuum of episodes which should add up to a complete play but somehow fail to do so.

The set by Debra Hanson consists of a dark backdrop with seven chairs in the semi-darkness where the actors sit when not in the playing area close to the audience.

The episodes are divided by crashing noises as Harper moves from one encounter to the next with not necessarily increasing interest on part of the audience.

Harper leads a non-life in a non-world. The outburst against the man in the bar where morality takes the upper hand is followed by the seedy encounter with the man in the hotel. She does say later that her one-night sexual partner was a tender lover and you feel that it may be as close as she has been to a feeling of emotional connection.

That may be the whole point of the play but, if so, it is more interesting analyzing it than watching it.
______