CAKE AND DIRT – REVIEW OF MACIVOR PLAY AT TARRAGON 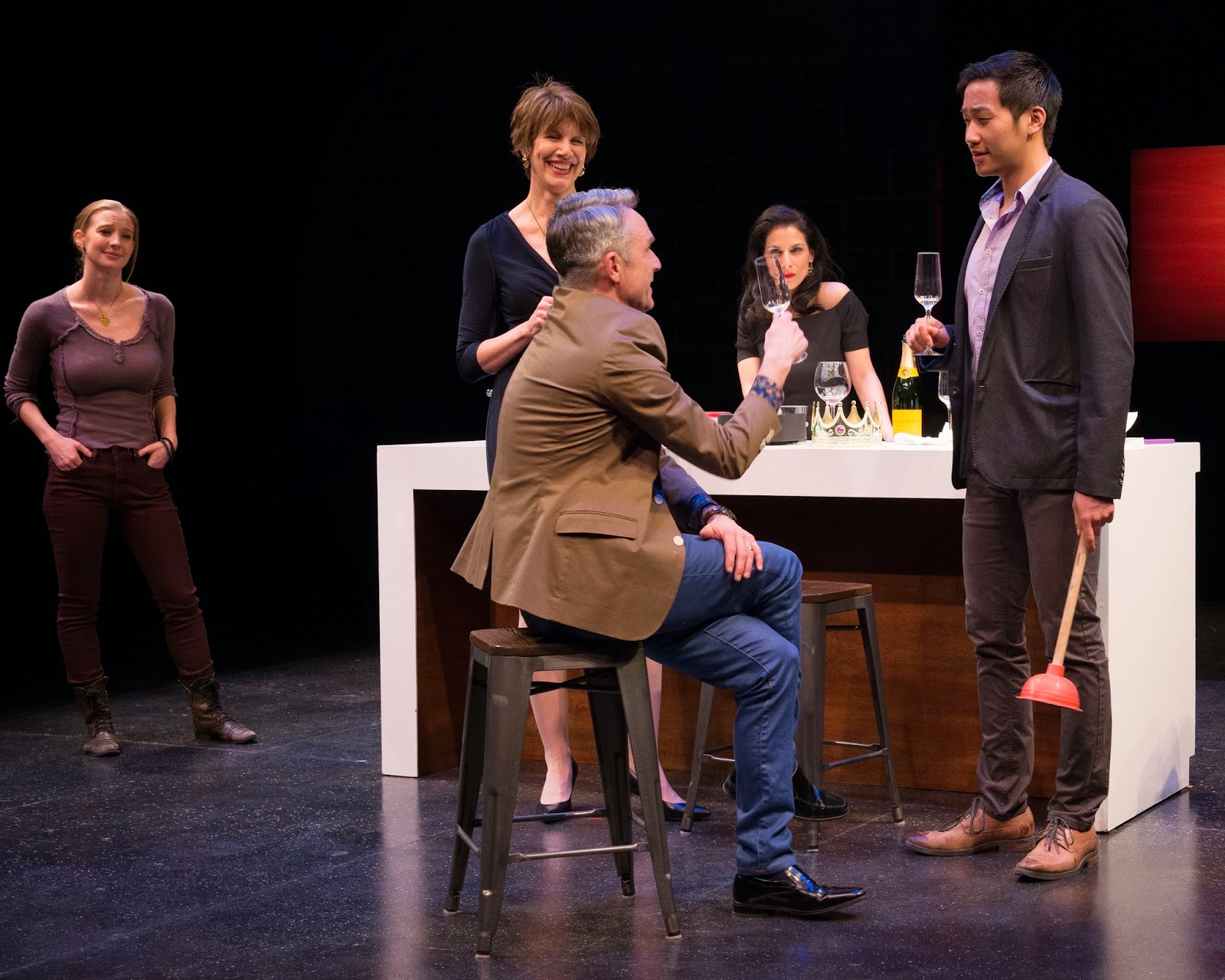 Cake and Dirt, Daniel MacIvor’s new play, is a mystery wrapped in a bunch of rich and obnoxious jerks. By the time the mystery is unraveled you have ceased being interested in the people involved or their fate. That is not a healthy recipe for a play even if the cake is spiked and the dirt serves to (almost) conceal something terrible.

Bryn (Maggie Huculak) and Jeff (David Storch) are rich and separated and she lives in a ritzy condominium across the street from a park. Their daughter Riley (Bethany Jillard) is a bit cuckoo – she takes drugs, pretends to go to school, has two phones and records everything.

There is also Nina (Maria Vacratsis) the irreverent Greek maid who is refreshingly sane in the midst of the wackos.

The mysteries: what happened to the homeless man who was killed in the park and who communicates with people after his death? What happened to the expensive earrings that Jeff bought for Riley? Why did Jason change his vote to bulldoze Jeff’s  beloved park when initially he opposed it? What has happened to Riley?

The mysteries are hidden in conversations about cake, earrings, receipts, the park, the dead homeless person, money and drugs. A big part of the play takes place during Jeff’s 50th birthday party where he shows up very drunk and thoroughly insufferable. If you were to meet him at a party you would give him a wide berth. In the theatre you have no choice but to sit through his idiotic, offensive and unamusing conduct until Jason finally knocks him down. 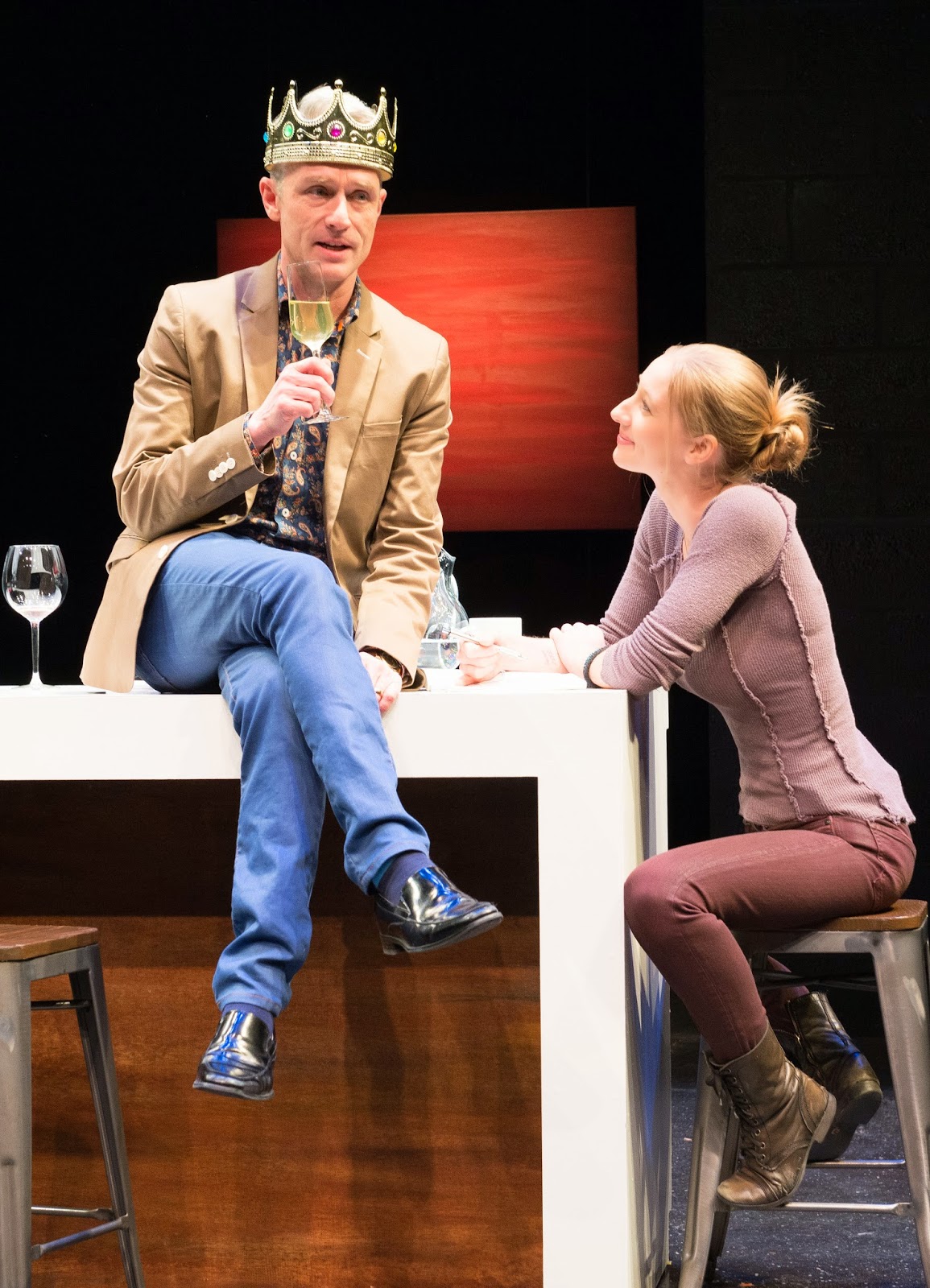 The play is set in Toronto and the action takes place on a Saturday afternoon and the night before giving some added interest to the unravelling of the mysteries.

The acting is excellent but not enough to give us a completely satisfactory play. Storch can do a superb drunk and Huculak and Sadiq are very good as upper crust woman. Huculak’s nose is stuck so high, it may have never seen the ground. Kwok-Choon is a cool and controlled politician until his true character is revealed in the final scene. Jillard is more than satisfactory as the bratty daughter who lies and snorts drugs.

Vacratsis gets the juicy part of the maid who gets to swear in Greek and paly the devil-may-care servant who is both humane and funny.

The play would have gained a great deal if it managed to have much more genuine humour but laughs were few and far apart.

The set design by Kimberly Purtell was more indicative of a tight budget than the milieu that the play is set in. The ritzy condominiums were furnished with a counter for the first and a bookshelf for the second. We can’t really complain because there is simply no money for much more. That’s just a wild guess and I stand to be corrected.

Amiel Gladstone direction was adept but we had to sit through the shenanigans of a drunk and by the time we figured out the importance of the cake and the dirt and the answers to some of our other queries our attention had unfortunately waned.
______

Cake and Dirt by Daniel MacIvor opened on March 11 and will play until April 15, 2015 at the Tarragon Theatre, 30 Bridgman Ave. Toronto, Ontario.  www.tarragontheatre.com