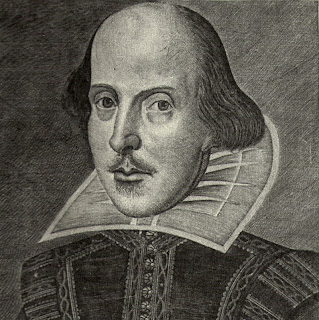 When the temperature has dipped to a bone-chilling - 25º and the snow plows have blocked your driveway; when driving to the supermarket is so hazardous, you may end up in a vat of molten lava for eternity; when the sweet showers of April seem as distant as Chaucer, it is time to think of warm summer afternoons in Stratford and Niagara-on-the-Lake and attending the theatre. The very definition of civilized living.

Between them, the Stratford Shakespeare Festival and the Shaw Festival offer a total of 23 plays. Yes, I know that is hardly enough to satisfy the more refined tastes, but take heart: there are other festivals and there is theatrical life in Toronto during the summer and fall.

Both Festivals provide a wide range of plays in an attempt to attract audiences and fill their theatres. Yes, one can complain about the choice of plays but some of my brain cells are frozen and all I want is that damn plow to clear the side streets so that people will stop offering to push my car over the slightest of inclines.


STRATFORD SHAKESPEARE FESTIVAL
The Stratford Shakespeare Festival is the senior showcase in Canada and they use all kinds of superlatives to describe themselves. Most of the time they deserve them, their very existence being cause for cheering. This year, General Director Antoni Cimolino and Artistic Director Des McAnuff are offering a dozen productions, same as last year.

If you go to Stratford, there is a good chance you want to see Shakespeare, his plays in any event, and this year the Festival offers four of his works. That is a respectable one-third of the productions. The centre-piece will be Twelfth Night directed by McAnuff followed by the less frequently seen The Merry Wives of Windsor directed by Frank Galati, both at the Festival Theatre.

Richard III and the almost comically brutal Titus Andronicus can both be seen at the Tom Patterson Theatre. Two chestnuts and two more interesting than great plays by Shakespeare should give the summer a nice intellectual boost.

Stratford likes to give us a side show on Shakespeare and this year’s offering is Shakespeare’s Will by Vern Thiessen at the small Studio Theatre. Seana McKenna will play Anne Hathaway, Shakespeare’s widow, who is about to read her husband’s will after his death.

The other offering at the Studio Theatre is John Mighton’s The Little Years, a play about a woman growing up in the 1950’s and facing the repressions of the era.

Stratford offers two big ticket musicals: Camelot at the Festival Theatre and Jesus Christ Superstar at the Avon Theatre. You may be hearing Richard Burton’s voice from the stage production or have an image of Richard Harris from the movie, but Camelot is a grand show by Alan Jay Lerner and Frederick Loewe. Jesus Christ is a rock opera that caused a huge ruckus when it was first produced in the 1960’s and we can only wait and see how much of its bite remains. Des McAnuff directs and you know it will get full attention.

When it comes to “serious drama” we will get Harold Pinter’s The Homecoming, an opaque play seething with understated violence and humour. Jennifer Tarver will direct some of Stratford’s finest including a returning Brian Dennehy. Skip a musical if you must and see this.

John Steinbeck’s The Grapes of Wrath is one of the great American novels of the 20th century and it will be staged in an adaptation by Frank Galati and directed by Cimolino. Are you a fan of novels being adopted for the stage?

Michel Tremblay’s Hosanna is a milepost in Canadian theatre. It was produced at the Tarragon Theatre in 1974 with Richard Monette in the lead and has become a theatrical legend. Maria Vacratsis decided to become an actress after seeing the oroginal production of this play. How can anyone miss this production?

Not to seem parochial, the Festival will also take us to 17th century France and offer Moliere’s The Misanthrope in the Richard Wilbur marvelous translation. With Brian Bedford directing and playing one of the roles, one can already hear the rhyming couplets of this great play at the Festival Theatre.


SHAW FESTIVAL
2011 marks the Shaw Festival’s 50th season and it offers 11 plays in its four venues. If Stratford can stage a Lerner and Loewe musical so can Shaw. They are one-upping Stratford in a way because My Fair Lady is a better musical than Camelot and it is based on a play by Bernard Shaw. Killing two birds with one stone, as they say.
If Pygmalion could be used to spawn My Fair Lady, can Shaw’s On the Rocks be updated into “a new version by Michael Healy”? Shaw’s politics could be witty and murky and we will have to wait to see what a Canadian writer can do with a second-rate play.
Heartbreak House and Candida are the major Shaw plays and if we allow a half point for the musical and the adaptation, then he will get credit for three out of the eleven productions. Much the same as Shakespeare at Stratford.
Tennessee Williams’ Cat on a Hot Tin Roof fills the slot for serious American drama and J.M. Barrie’s The Admirable Crichton does the same for English comedy. Admirable choices, one would say.
Artistic Director Jackie Maxwell has made a habit of finding works that have all but disappeared from the repertoire in general and have never been seen in Canada. Drama at Inish – A Comedy by Irish playwright Lennox Robinson will get its Canadian premiere on May 6 at the Court House Theatre.
If that’s not adventurous enough, how about the premiere of a musical: Maria Severa by Jay Turvey and Paul Sportelli, again at the Court House. The musical is about the birth of fado, the Portuguese music of the street. Raise your hand if you know anything about it.
Jackie Maxwell does not stop there in her mission to broaden our horizons. She is offering Suzan-Lori Parks’ 2002 Pulitzer Prize winner Topdog/Underdog and When the Rain Stops Falling by Andrew Bovell. The latter is from Australia and one can safely say that Aussie plays have not exactly flooded Canadian theatres. Both plays are at the Studio Theatre.
But if you want to see a tour de force or a bravura performance or whatever superlative you want to dig up for outstanding theatre, don’t miss Lorne Kennedy in The President by Ferenc Molnar as adapted by Morwyn Brebner. This one-act play was shown in 2008 and is a farce about a president of a large corporation who must transform a boorish Communist cabby into a successful capitalist. You never knew that anyone could speak English at speeds that would earn a speeding ticket if done on the highway. A must-see.
Now let’s start complaining. Why don’t they produce plays by …. Why are they ignoring …..
I need to shovel the driveway; my car’s transmission is acting up; there are icicles hanging from my mustache. Bring some warmer weather and some openings at the theatre and I will shut up and never complain – until the weather improves.
For more information about the festivals, visit their websites: http://www.shawfest.com/ and http://www.stratfordfestival.ca/
Posted by James Karas at 1:42 PM