THE MERRY WIDOW – REVIEW OF LIVE FROM THE MET PRODUCTION 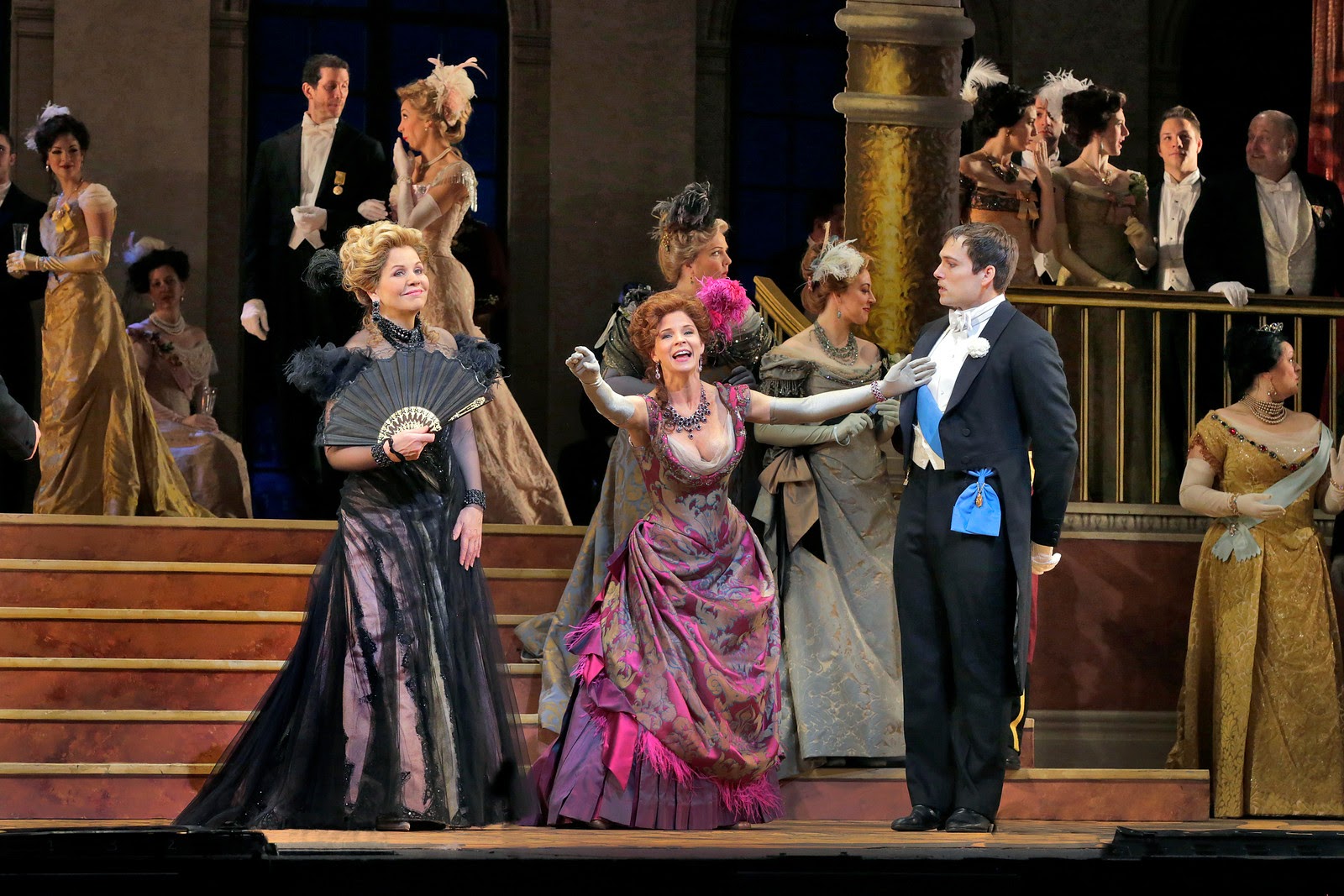 The Metropolitan Opera has successfully married two very suitable candidates for nuptials: operetta and Broadway. The question is why did it take so long?

Franz Lehar’s The Merry Widow almost defines the operetta genre and when done well it can provide a delightful night at the theatre. The Broadway musical is one of the largest components of the New York entertainment industry not to mention that it is a uniquely American contribution to culture. What it lacks in snob appeal it makes up for in energy, popularity and just plain fun. What operetta has in high cultural experience it often lacks in fun especially if done in a foreign language.

The Met has brought in Broadway Director and Choreographer Susan Stroman to create a Merry Widow that is full of energy, humour, high kicking dancing and a visual and aural pleasure.

The production is done in English avoiding the easiest way of killing this operetta which is to do it in German. The cast is uniformly superb with some excellent singers and dancers and just as importantly genuinely funny actors.

Soprano Renée Fleming has the role of Countess Hanna Glawari and surely she is everybody’s dream of a merry widow. Hanna is lively, beautiful and, thanks to her husband’s uncommon good sense in dying on their wedding night, loaded. Make that is in possession of twenty million whatevers, a sum sufficient to save the fatherland Pontevedria from bankruptcy. Fleming looks like a mature woman and that is a bonus on top of her silken voice. 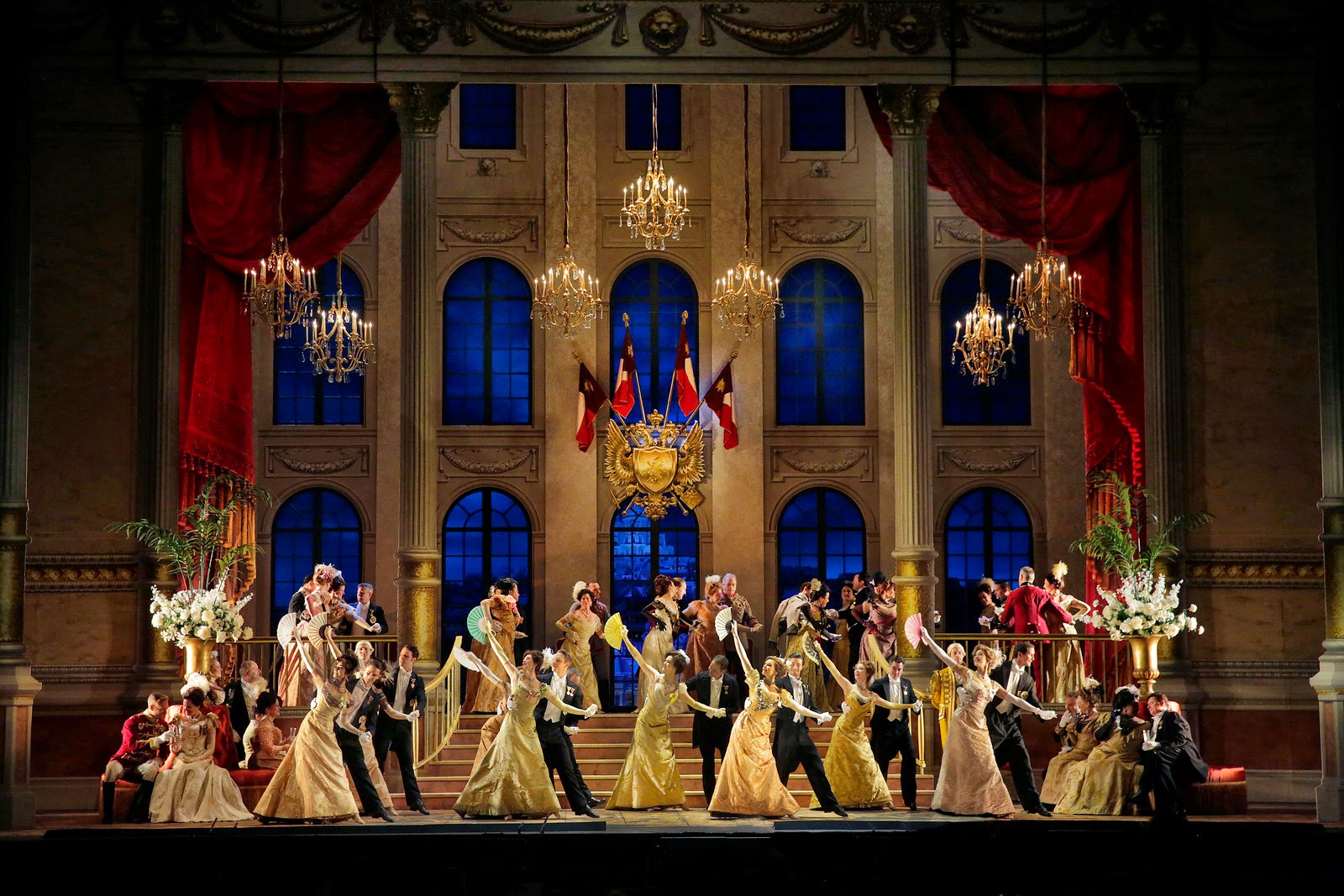 With those looks and that bank account, Hanna has many suitors but the fatherland can only be saved if she married a Pontevedrian. That would be Count Danilo, an attaché at the Pontevedrian embassy in Paris, who prefers Chez Maxim’s to the office. Baritone Nathan Gunn is tall, dark and handsome, to coin a phrase, say, and with his powerful voice and swaggering manner fits the role. Gunn has made his reputation in the opera house but he is equally adept singing on Broadway, therefore, an ideal part for “this” match in every way.

Veteran baritone Thomas Allen is the foolish ambassador Baron Mirko Zeta. The vocal demands are not onerous and he gets the laughs as a gullible and cuckolded husband. His wife Valencienne is played by Broadway star Kelli O’Hara who is lively, funny and a delight to the ear and the eye.

Tenor Alek Shrader comes from the world of opera and he is handsome, sings well and looks like the perfect candidate for Hanna’s hand and fortune but as Camille de Rosillon he is unsuitable - he is French. Besides, the only reason he wants to marry Hanna is so he can have Valencienne i.e. make it respectable to be seen with another man’s wife.

Carson Elrod played the delightful nincompoop Njegus, an employee at the Pontevedria embassy, who always managed to put his foot in his mouth and produced laughter.

Aside from the performers that I mentioned, the marriage of Broadway and operetta is effected by Stroman by giving the production a marvelous mixture of the two related forms. The outstanding Broadway dancers, the Met chorus, the humour, the energy and approachability of the operetta are all meticulously combined by Stroman to give us sheer entertainment. The Met Opera Orchestra conducted by Sir Andrew Davis added to the enjoyment.

The art-nouveau sets designed by Julian Crouch and the gorgeous costumes by William Ivey Long create an atmosphere of opulence, grace and beauty that exists only in our imagination and now on the stage of the Metropolitan Opera.
____

The Merry Widow by Franz Lehar was transmitted Live in HD from the Metropolitan Opera on January 17, 2015 at the Cineplex VIP Don Mills Shops at Don Mills, Toronto Ontario and other theatres. Encores will be shown on February 28 and March 2, 2015. For more information: www.cineplex.com/events
Posted by James Karas at 6:09 PM