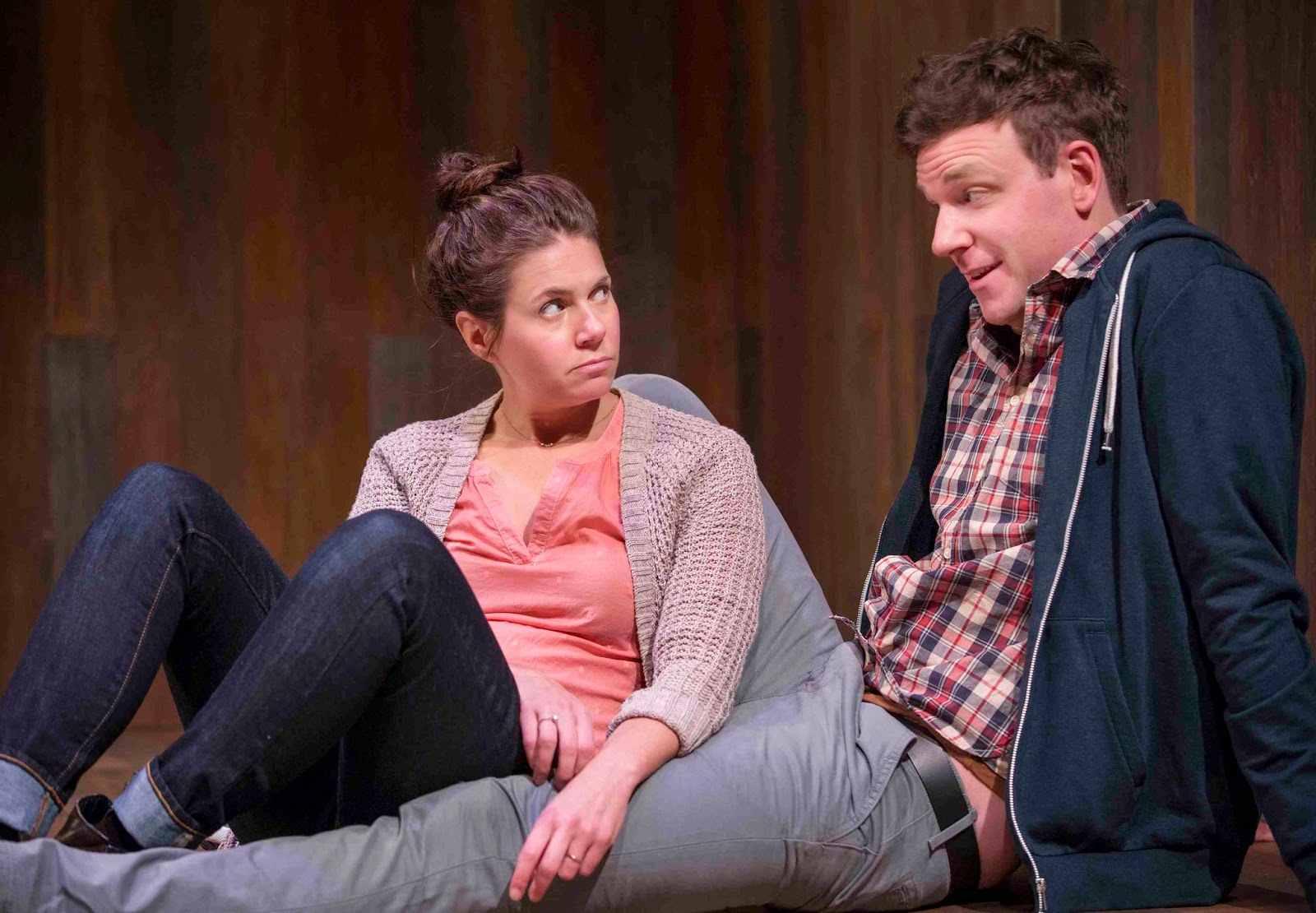 Lungs is a short play by Duncan Macmillan that has some fine points but generally left me cold. It has two characters unimaginatively named W (Lesley Faulkner) and M (Brendan Gall). The initials no doubt stand for Woman and Man and we can generously ascribe to them representative status of Womankind and Mankind but that may be a stretcher.

A young man and a young woman start discussing having a baby. The subject comes up very suddenly in a store and the couple cannot handle it. They talk almost incessantly, the woman doing most of it, and they cannot find a single subject that they can discuss rationally.

She is a PhD student and shows signs of intelligence. He is a musician and a dunce. The subject of having a child goes off into many non-sequitur tangents. Macmillan moves time forward almost imperceptibly and we find ourselves moving from pregnancy to miscarriage to separation of the couple with lightning speed.

The set is a paneled room with no props at all. The couple stand  in one spot for a long time as if their shoes are nailed to the stage boards. They do move afterwards.

The emotional range and the dialogue struck me as having the depth of the magazines that one reads at the supermarket checkout stand. They engage each other superficially and do not engage the audience at all. There is a bit of humour but not enough to save the play.

Faulkner and Gall are on stage for the full seventy minutes of the play and they never stop talking. They deliver the script with ability and panache and deserve a great deal of credit for it. Unfortunately the play does not match their talents.

In the end there seems to be reconciliation but by that time we don’t really care because we never got to know this superficial couple.
_____

Lungs  by Duncan Macmillan opened on December 31, 2014 and will run until  January 25, 2015 at the Tarragon Theatre Extra Space, 30 Bridgman Ave. Toronto, Ontario.  www.tarragontheatre.com