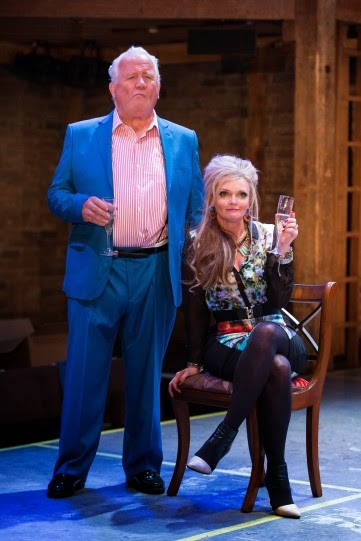 Arden of Faversham has the distinction of being written by that prolific writer Anonymous sometime in the late 1580’s and is considered the first domestic tragedy to have survived from the Elizabethan era. It is rarely produced but the Royal Shakespeare Company has staged it again this year in the Swan Theatre at Stratford-upon-Avon. The last time the RSC visited this play was in 1982 and that is a long coffee break by any description.

Did I say domestic tragedy? As far as director Polly Findlay is concerned this is a modern domestic farce involving murder. The culprits, from the unfaithful wife and her lover, to the people conscripted to carry out the deed, are incompetent amateurs if not worse and it takes almost the entire play to carry out what seemed like a simple murder at the start.

Let us go to the beginning. The original play is set in the sixteenth century in Faversham, Kent but the current production has been moved it to the present. Arden (Ian Redford) is a wealthy, middle-aged, greedy, overweight, landowner married to the younger, slimmer, randy Alice (Sharon Small). Tight dress, very high heels, blonde hair and provocative mannerisms forces one to classify Alice as a slut. She has a low-life lover named Mosby (Keir Charles) who wears sneakers and tight pants, chews gum and has the manners of someone a few steps below home sapiens on the evolutionary ladder. To be fair, when he is about to kiss Alice, he yanks the gum out of his mouth.

Alice and Mosby want to get rid of Arden and they conscript Arden’s servant Michael (Ian Bonar), Clarke the painter (Christopher Middleton), the dispossessed tenant Greene (Tom Padley) and the professional murderers Will (Jay Simpson) and Shakebag (Tony Jayawardena). Both Alice and Mosby have another side to their characters and do show some introspection. It is possible to produce the play as a melodrama but with so many morons on board, Findlay’s approach is a good choice.

Redford’s Arden may be a tough businessman but he is not too swift where his wife is concerned. Alice calls out the name of her lover in her sleep and Arden finds their love letters but when Mosby promises not do it again, they become fast friends. The only thing left for Arden is to strut on and off the stage dodging the latest attempt to kill him.

Sharon Small’s Alice is a piece of work and the actor seemed to be enjoying the role of the shameless hussy who will promise anything and do anything to bump off her husband. Much of the drama is reduced no doubt by changing times. A woman daring to plot her husband’s death would have been rarer and totally unbelievable and outrageous four hundred years ago. Not that is in style now. Alice does have her moment of self-realization when she muses about being honest Arden’s wife and not Arden’s honest wife. 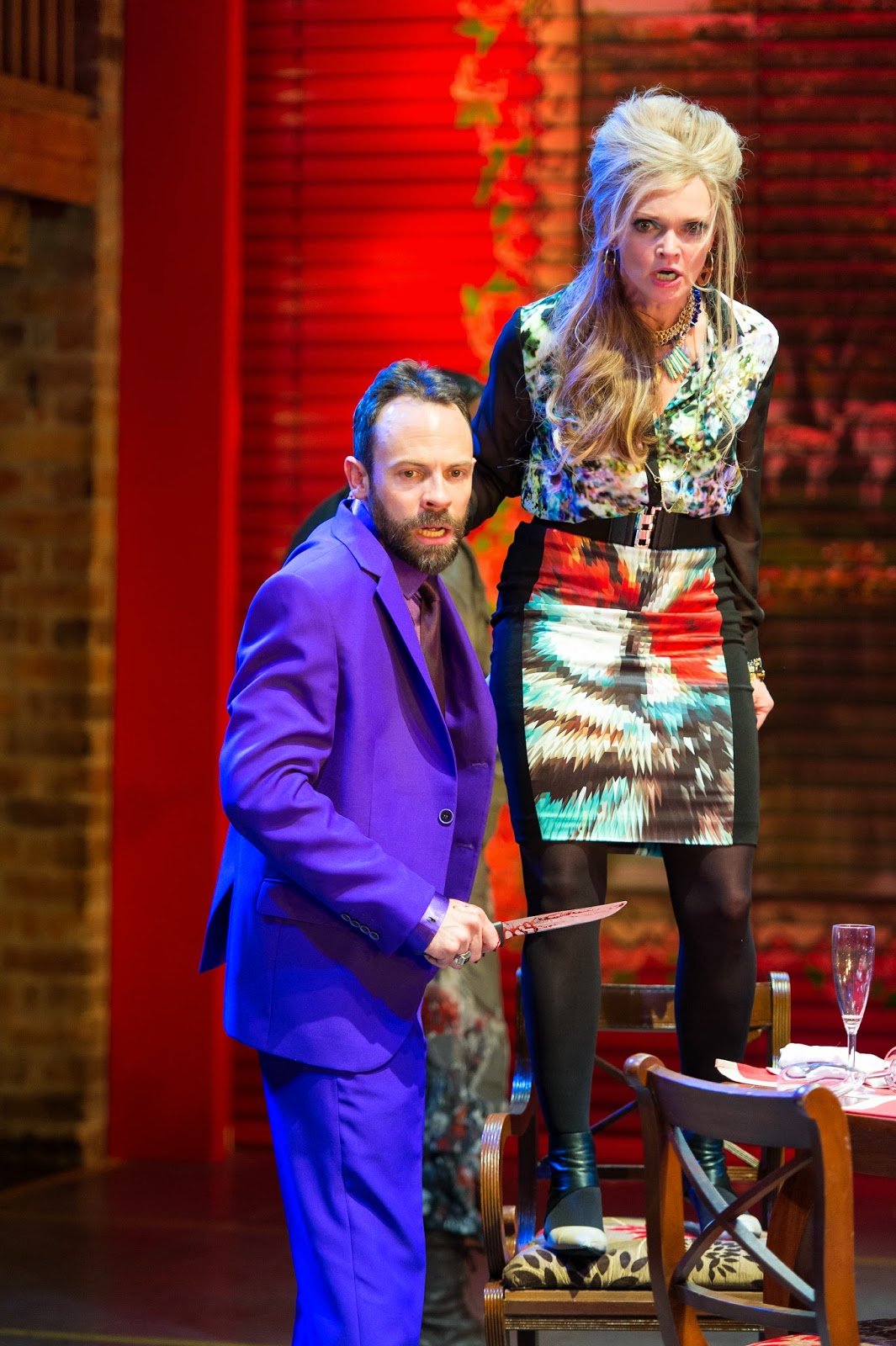 Alice Arden (Sharon Small) and Keir Charles (Mosby). Photo: Manuel Harlan
Simpson and Jayawardena get most of the laughs as the oafish murderers but Charles’s odious Mosby is not far behind.

Arden of Faversham is based on an actual and well-documented murder. The author is fairly faithful to the actual events but the plot becomes a bit thin near the middle. Findlay’s farcical approach with modern overtones and deft directing keeps the action moving.

I presume that the RSC is producing Arden of Faversham both honoris causa because of the type of play that it is and the time of its writing, and because it is a play worth producing. In other words, the RSC is leading its audience or creating an audience for lesser known plays. This contrasts sharply with the attitude of the Stratford Festival of Canada where they produce what they think people will like. That is not leadership. It may all depend on the amount of public funding available in which case the shame is transferred to narrow-minded politicians. There are new works produced and attempts at broadening our horizons but there is still plenty of room for more aggressive and imaginative programing.
________

Arden of Faversham continues until October 2, 2014 at the Swan Theatre, Stratford-upon-Avon, England. www.rsc.org.uk
Posted by James Karas at 8:20 AM