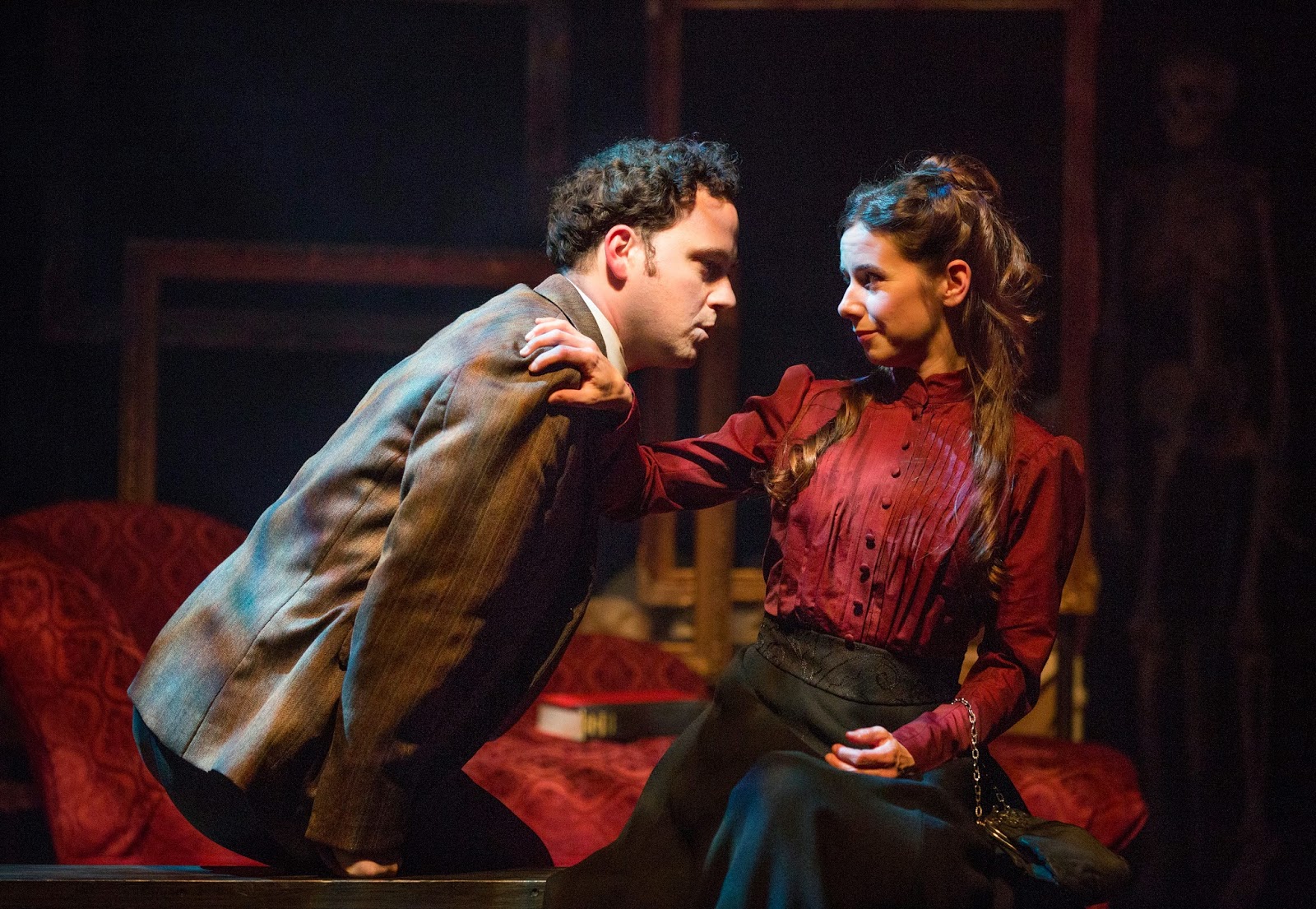 Of Human Bondage, Somerset Maugham’s massive and moving novel was published one hundred years ago and it has never been out of print. Soulpepper Theatre Company has scored a first in dramatizing the novel for the stage in a version by Canadian playwright Vern Thiessen.

Of Human Bondage is centered on the story of Philip Carey, a young man with a club foot who tries to become an artist in Paris but realizes that he has little talent for art and returns to London at the turn of the twentieth century to study medicine.

He falls in love and becomes obsessed with Mildred Rogers and much of the story is concerned with that relationship. She is a waitress in a tea shop and, aside from her physical attractiveness, is one of the most repellent persons imaginable. She uses and abuses Phillip and he repeatedly takes her back. She runs off with one man and returns pregnant. Phillip pays for her confinement and forgives her. She goes away with Philip’s  friend and he forgives her again.

By that time, our sympathy for Philip is strained to the breaking point. How stupid is this man to be risking his career (he can’t pay his medical school fees or his rent) for this odious creature who offers him absolutely nothing?

The adaptation and the staging are quite superb. Thiessen has extracted a great deal of the novel for the stage and this is made possible by the brilliant staging. The method used is quick and seamless change of scenes and entrances of characters. The scene changes are accomplished by pushing a couple of pieces of furniture on or off the stage and characters played by the same actors appear with extraordinary speed.

The programme lists eleven actors and nine of them play so many roles that they are not even listed.

Gregory Prest plays Philip, a man scarred by his club foot who is decent and sympathetic except when he goes overboard with his obsession with Mildred. Michelle Monteith plays the flakey, pretentious and emotionally abusive Mildred. Fine performances.

Dan Chameroy plays the unsuccessful and addicted poet Cronshaw and like the rest of the cast handles several other roles.

Notable performances are turned in by Jeff Lillico as the playboy doctor who becomes addicted to drugs and wastes his life. Sarah Wilson as Norah provides a contrasting character to Mildred. She is an attractive and successful writer whom Philip rejects. Oliver Dennis handles several roles with his usual ability.

The play, like the novel, has elements of sentimentality and melodrama, but director Albert Schultz never allows it to get mawkish. Much credit belongs to Set and Lighting Designer Lorenzo Savoini who makes it possible to put so many people on stage quickly.

I have a prejudice against adaptions of novels for the stage and many of them have done nothing to disturb that attitude. Thiessen’s adaptation did not change my mind but I was moved and enjoyed the production almost in spite of myself.
_________