SIMON BOCCANEGRA AND DON PASQUALE AT THE MET 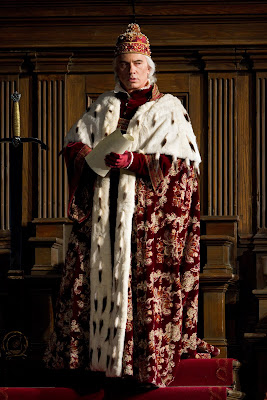 Verdi’s Simon Boccanegra has never been completely ignored but it has not been on the boards with any frightful regularity either. The Canadian Opera Company produced it two years ago after ignoring it for thirty years and the Metropolitan Opera has only performed it 139 times in its history. Now compare that with La Boheme which has been performed 1229 times and counting and you get a sense of which opera sells those expensive tickets.

Gaetano Donizetti’s comic opera Don Pasquale which is also on the boards this season at the Met has been performed 131 times there. It is a delightful piece and many of its productions were paired with shorter operas and at times ballets. I think it is simply considered too lightweight an opera to merit numerous performances.

Simon Boccanegra is anything but light, of course, but whatever their relative densities, I saw both operas at the Met at the beginning of February, 2011.

The problem with Boccanegra is that it has such a convoluted plot with so many twists, that you are lucky if you can recall what happened five minutes after you leave the theatre. All you know is that the baritone is dead (even though he is a nice guy), the bad bass is executed and the tenor marries the soprano.

By the time you get there, you have enjoyed some phenomenal arias and ensemble pieces and opera on a scale that few companies can imagine or afford to stage.

The current production by Giancarlo del Monaco premiered in 1995 with Placido Domingo in the tenor role of Gabriele Adorno and Kiri Te Kanawa as Amalia. The cast for the performance that I saw was headed by the great Russian baritone Dmitri Hvorostovsky in the title role, soprano Barbara Frittoli as Amalia, tenor Ramon Vargas as Gabriele and bass Ferruccio Furlanetto as Jacopo Fiesco.

From Frittoli’s luscious soprano, to Hvorostovsky’s resonant sonority to Furlanetto’s rumbling bass, this is vocal prowess and splendor to be relished. I was not as keen on Vargas’s performance. He was simply not as convincing as Marcello Giordani’s portrayal of the character that I saw in the role playing opposite Angela Gheorghiu four years ago in the same house.

The vocal splendor of the production is matched by the physical opulence of the set and costumes by Michael Scott. The dark square outside the church of the Prologue, the seaside garden of the Grimaldi Palace and the doge’s palace are constructed with meticulous care to detail to give the impression that you are entering the medieval city of Genoa.

The plot of Don Pasquale could not be simpler or older. An old bachelor wants to marry a pretty, young widow who happens to be in live with his nephew. There is a plot catalyst, a doctor in this case, who will arrange for the old bachelor to “marry” the young widow. She will make his life hell on earth and he will be happy to let his nephew get this termagant off his hands. True love triumphs. End of story.

The current production by Otto Schenk was shown Live from the Met in theatres last November and I reviewed it then. Anna Netrebko as the widow Norina was marvelous both vocally and in her handling of physical comedy. However, you do miss the close-ups. There are advantages to watching it on the big screen with well-aimed camera angles.

Bass John Del Carlo is a superb Don Pasquale. He is a comic actor, a must for the role, and can sing some of the best pieces in comic opera. Dr. Malatesta, the man who arranges for Norina to “marry” Don Pasquale is sung by baritone Mariusz Kwiecien. He seems to have gotten rid of his sunglasses and does a fine job in the role.

Tenor Matthew Polenzani who usually sang the role of the young lover Ernesto was replaced for the performance that I saw by Barry Banks. Last minute replacements that result in the launch of great careers are legendary in opera. Unfortunately this was not the case with Banks. He is of relatively small stature (no matter) and he did not do a bang-up job to make you cheer a great vocal discovery. He sounded thin and choppy where he should have sounded melodious and passionate.
Posted by James Karas at 3:42 PM