POPERA PLUS! FEATURES VOCAL TALENT AND OPERA FAVOURITES IN HAMILTON 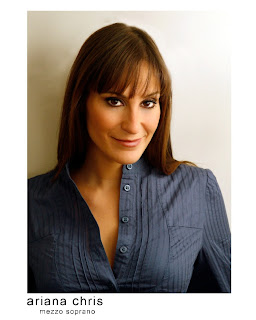 Opera Hamilton is alive and kicking and celebrating its 30th anniversary season. It staged Die Fledermaus last October and will put on La Boheme in April. In between it put on Popera Plus!, a potpourri of favourite pieces from operas. It is a concert of familiar and not-so-familiar pieces that are no doubt intended to grab people and convince them to go to the opera more often.

The programme consisted of 18 operatic excerpts that were performed in a little over two hours. There were three orchestral pieces and the rest were arias and duets, some with the chorus. Speers did not venture into trios or quartets.

Ms Chris sang “Nobles seigneurs, salut!” from Meyerbeer’s Les Huguenots. A rather cocky page delivers a message from his royal lady to an assembly of nobles. Ms Chris did not just carry the vocal line with ease but also captured the braggadocio of the page as he praises his employer.

She also sang two wonderful duets that gave her some opportunity to display both vocal dexterity and acting ability albeit in the limited setting of a concert performance.

The first duet was “Dunque io son” from Rossini’s The Barber of Seville where the clever Rosina shows Figaro that she can outwit him if need be. Howard is the match-making Figaro who suggests that Rosina send a letter to her prospective lover. The demure and shy Rosina immediately produces a letter. Some comic business and vocal charm resulted in a wonderfully done piece.

Ms Chris also sang the final scene of Carmen with Troxell as Don José. This is the dramatic end of the opera where Carmen rejects the final desperate pleas of Don José and he stabs her to death. Both sang well and again managed to bring the atmosphere of the scene with a few gestures.

Howard’s big moment came with his singing of “Credo” from Verdi’s Otello. This is Iago’s declaration of the absolute evil that lies in him. He is proud and defiant in his declaration and Howard brings out the drama and horror of his statement with power and vocal conviction. He also sings “Nemico della Patria” the aria of the corrupt Gerard from Andrea Chenier.

Ms Corbisiero got two lovely arias: “Io son l’umile ancella” from Cilea’s Adriana Lecouvreur and “Sola, perduta, abbandonata” from Puccini’s Manon Lescaut. She has a lovely voice and bearing but she did not always enunciate properly.

Troxell’s big moments were provided by “Lenski’s Aria” from Eugene Onegin and “Ah, leve toi, soleil” from Gounod’s Romeo et Juliette. Unlike the evil Howard, Troxell is the distraught lover in both arias and he hits the high notes and displays the passion that goes with the territory.

The results from the combined chorus were not as happy. What they gained in size they lost in vocal quality. They sang the “Soldiers’ Chorus” from Gounod’s Faust and their defects were not terribly evident. When they got to “Regina Coeli” from Cavalleria Rusticana they didn’t seem to be all on the same page. They also sang the indestructible “Va, Pensiero” from Nabucco and they managed to sound better but that may be more Verdi than them.

Listening to an evening of excerpts is like going to a fine restaurant and being served a mouthful from each item on the menu. You will not go hungry by the end of the night but you will not have tasted anything to the fullest.

The concert format has another disadvantage. The singers are left mostly to their own devices. They have no sets, no costumes, little freedom of movement and must jump from one role to the next in quick succession. Some handle the change better than others. When two singers are put side by side with shoulders touching there is very little leeway for moving a hand let alone making any pronounced gesture.

That’s what happened to Troxell and Howard when they sang “Au fond du temple saint” from Les Pecheurs des Perles by Bizet. At one point Howard did not know what to do with his hand and absent-mindedly (one hopes) stuck it in his pocket.

Nevertheless whatever issues there may be with the format and the performances the audience loved it and gave them a standing ovation. No doubt, that was the point of the programme all along.