THE SEA AND THE MOUNTAINTOP – REVIEW OF SHAW FESTIVAL PRODUCTIONS 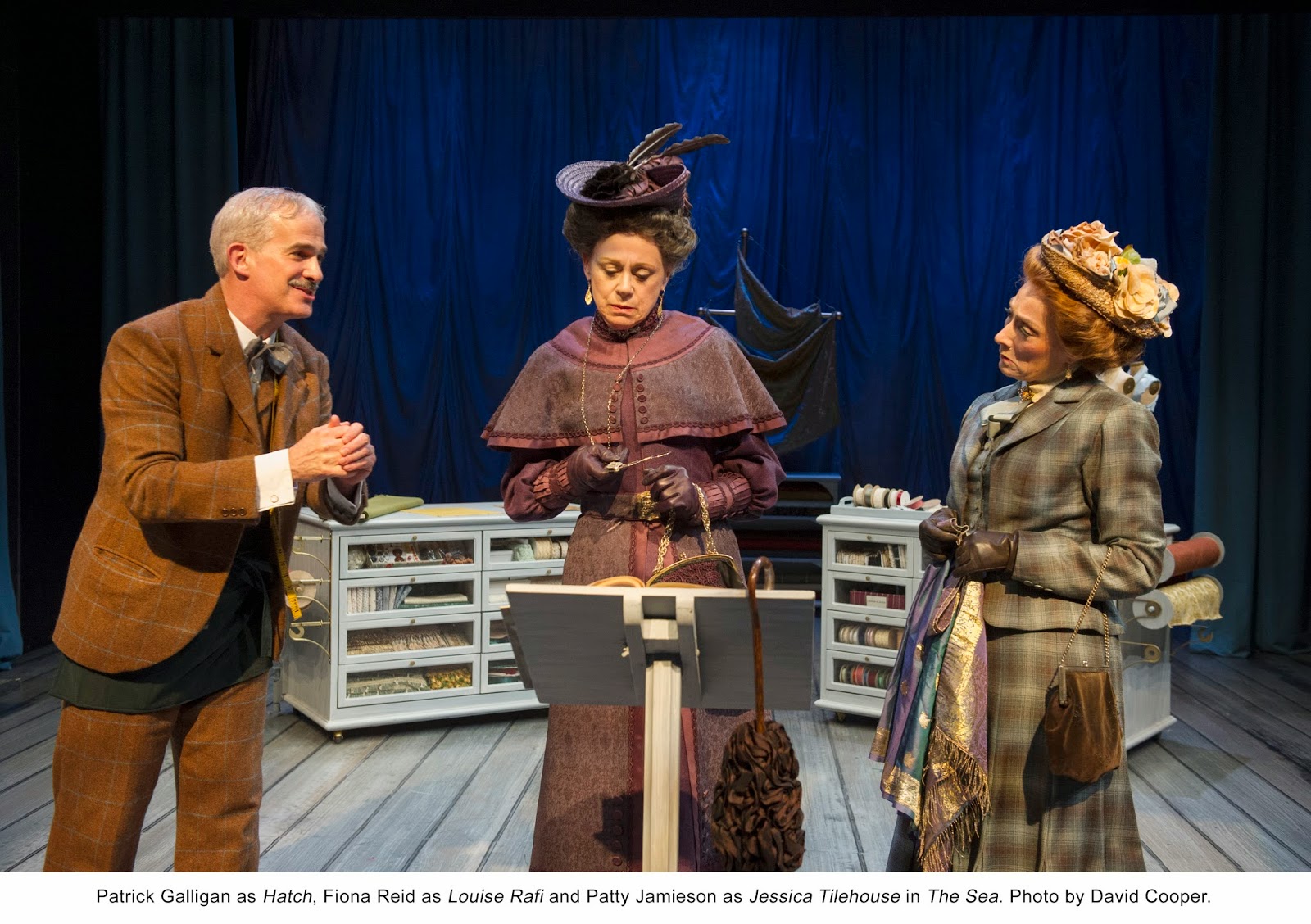 Edward Bond called his 1973 play The Sea “a comedy” and it has some scenes that could be quite funny. The initial premise is the drowning of a young man and the subsequent investigation. No sooner do we absorb the death of a young man than Hatch (Patrick Galligan), the town draper and lunatic, enters. He thinks the earth is being invaded by extraterrestrials.

Mrs. Rafi (Fiona Reid) and some town ladies are putting on a play and they sing some hymns very badly. There is room for comedy there as well but the serious core of the play remains.

The problem with the Shaw Festival’s production is that relatively little works. Director Eda Holmes has a fine cast that should move us to laughter and drama but most of the performances left me cold.

Fiona Reid can evoke laughter at will in most performances but in this production she induced relatively little as the town snoot.  Patrick Galligan was relatively effective as the frenetic Hatch but failed to raise the production by much more than getting us through the text.

Peter Millard plays the eccentric Evens, Neil Barclay is the portentous Vicar but all of them out together failed to bring the play to life. 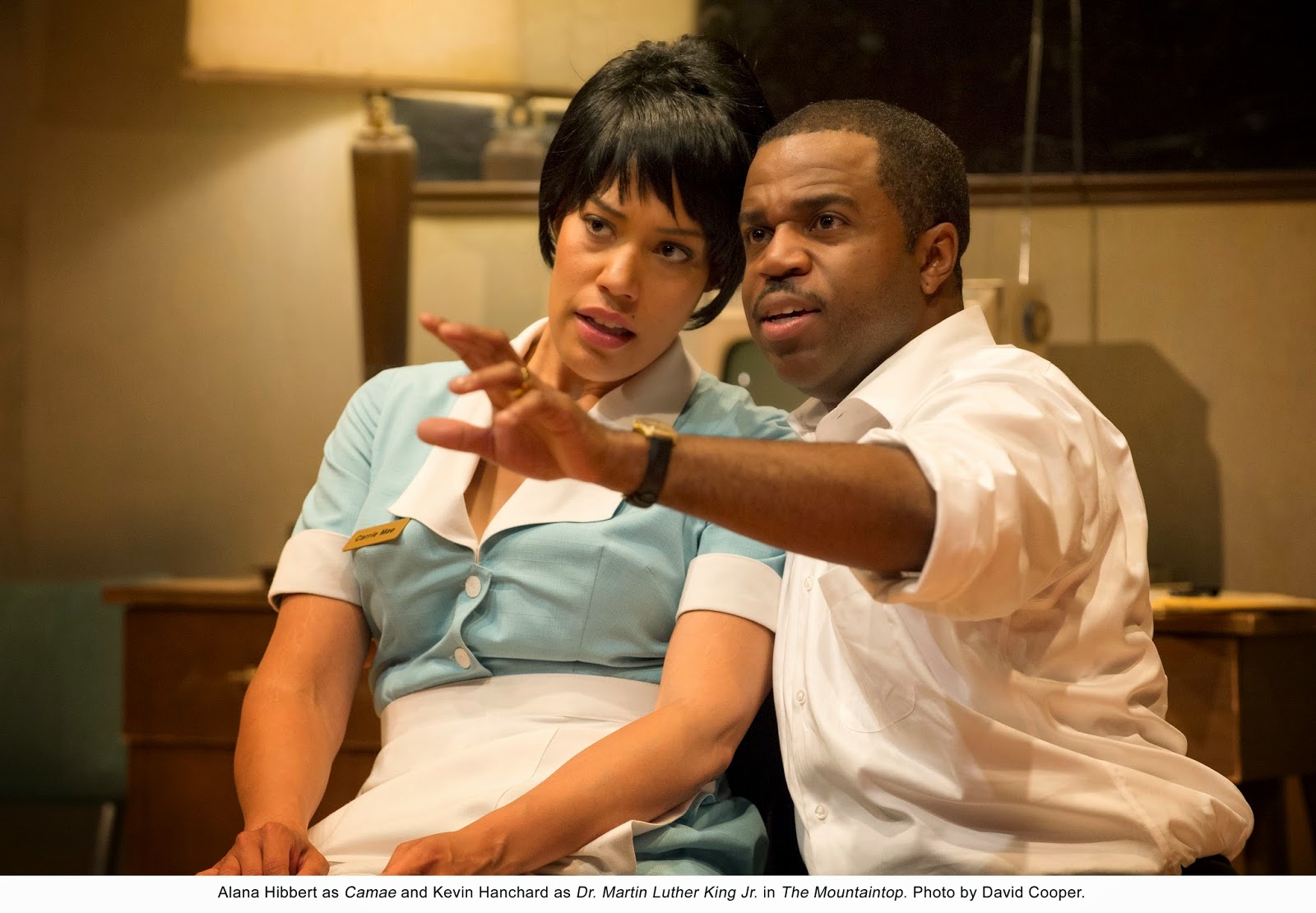 Katori Hall’s The Mountaintop is about the night before the assassination of Martin Luther King Jr. It combines imaginary events in Room 306 in the Lorraine Motel in Memphis, Tennessee on April 3, 1968 with factual events from the life of the great civil rights leader. The only other character in the play is a fictitious but very intriguing hotel maid.

There is an inherent interest in seeing the private side of the preacher and civil rights leader. Some of the events in the play are mundane; smelly feet and shoes; trying to get cigarettes; talking to his wife. Some are more important as when he expresses his dreams and we get a hint of the cadences and thoughts of the great orator who has left such a mark on American history.

Kevin Hanchard has the thankless job of playing a well-known character whose speeches are still ringing in the ears of many people. He does a good job but people who may not have heard King will enjoy his performance more. The private King as imagined by Hall comes out better.  At one point Hanchard delivered part of an inspiring speech of King’s and the audience automatically replied “amen.” You cannot engage an audience more than that.

Alana Hibbert as the hotel maid has an easier job and she does it very well. The maid is smart, sassy with a particular edge to her character that is more apparent in retrospect.

There is plot twist in the play that should not be disclosed to people who have not seen the production. It changes the tenor of the play and is an amazing coup de théâatre.

The set by Judith Bowden is a motel room and we can assume it is more or less a replica of Room 306. Director Philip Akin has done an excellent job in presenting a play that is part history, part invention and all engaging theatre.
______

The Sea  by Edward Bond will run until October 10, 2014 at the Court House Theatre; The Mountaintop by Katori Hall will run until September 7, 2014 at the Studio Theatre as part of the Shaw Festival in  Niagara-on-the-Lake, Ontario. www.shawfest.com 1 800-511-SHAW
Posted by James Karas at 12:52 AM