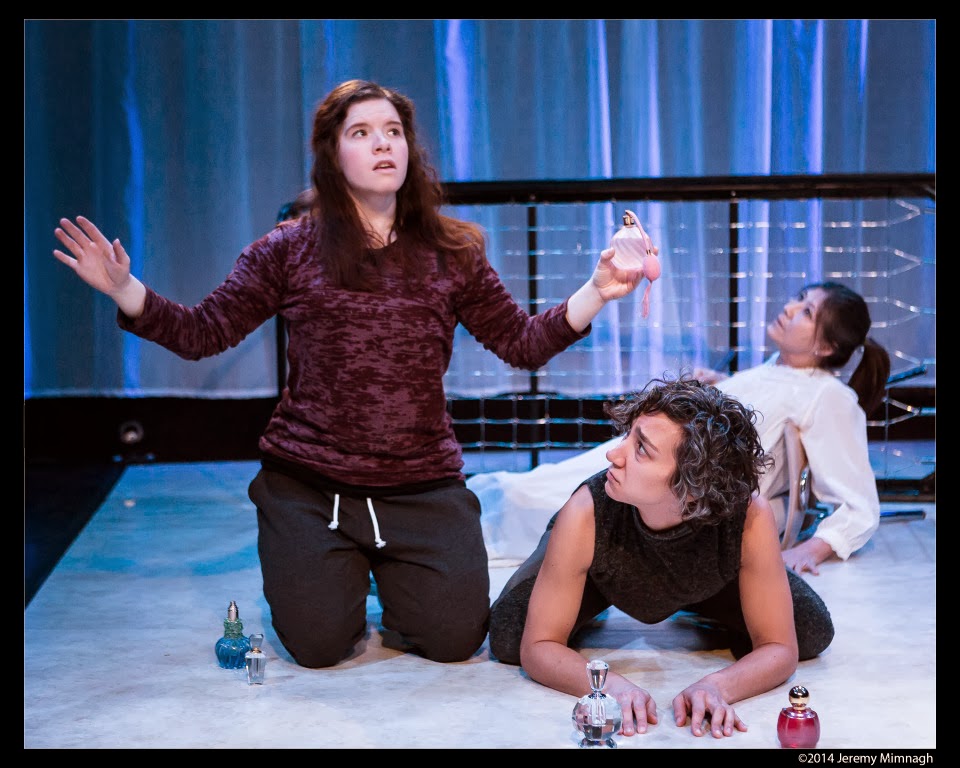 Pacamambo is a beautiful fairy tale about love and death (and that covers a lot of ground) told marvelously by Canadian Rep Theatre. Wajdi Mouawad’s play received its English language premiere at The Citadel theatre in Toronto, directed by Ken Gass.

Julie (Amy Keating) is a passionate young girl whose grandmother, Marie Marie (Kyra Harper) dies. Julie cannot accept her grandmother’s death and she takes the corpse to a storage room in the basement and stays there for 19 days. Her dog Growl (Michelle Polak) is with her and  the two endure the stench of the decomposing body.

Marie Marie told Julie about a country called Pacamambo where “everyone is everyone else,” a magical place, indeed. The Moon (Polak) appears and tells the grandmother that she will die. But Julie cannot accept that and she holes herself in the basement waiting to confront Death and ask for an explanation.

The “normal” world, represented by a psychiatrist (Karen Robinson) wants to find out what Julie did with the corpse and why she engaged in such seemingly bizarre conduct. Julie knows exactly what she did, why she did it and the answers that she needs from Death as she searches for Pacamambo.

It is an enchanting story told delightfully by Gass. The main strength of the production is Keating. She is utterly convincing as a bright, angry, hopeful, spunky and expressive young girl. Simply a splendid performance.   Polak plays the Moon and Growl. This is a barking and talking dog that is quite agile and has a good sense of humour. 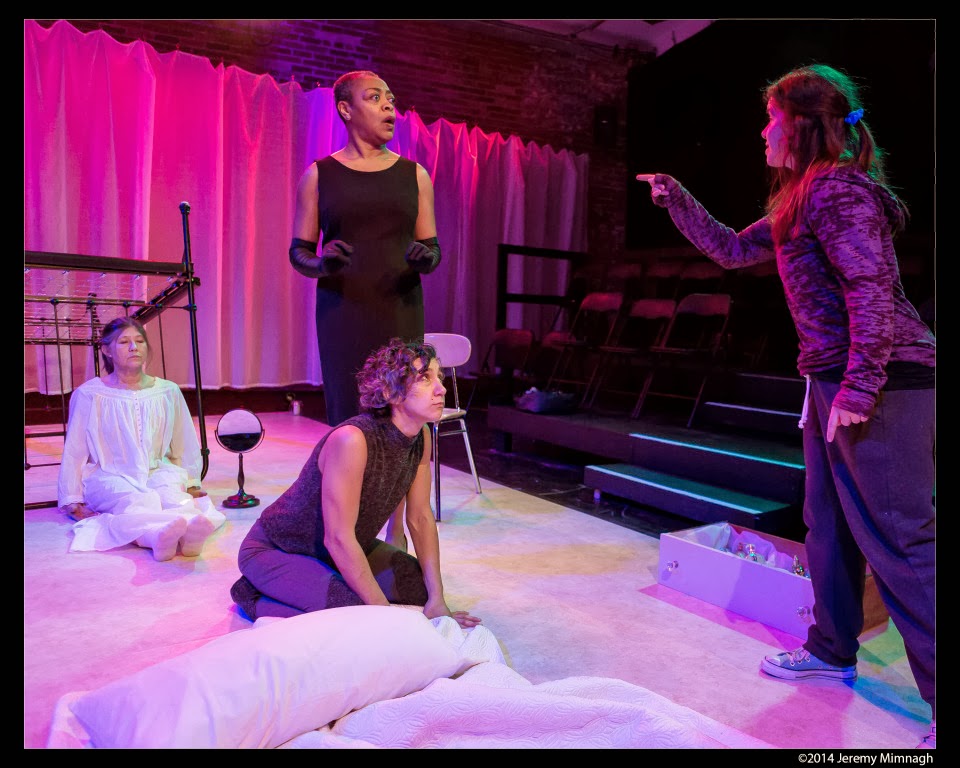 Robinson’s Psychiatrist, described as one with dinosaur eyes by Julie, is humane in her attempts to find out what Julie did. Robinson appears as Death and attempts to explain to Julie death’s function in life. The play was originally written for a younger audience but its wisdom works well for all ages.

The Citadel theatre, its grandiose name notwithstanding, is a small venue on the second floor that holds about 75 people seated on each side of the playing area. It is very intimate. Marian Wihak’s set consists of a bright floor, a door, a couple of chairs and a bed. It is minimalist and perfectly suited to the play. This is a fairy tale and less is more.

Gass’s direction is outstanding. He grasps the fairy tale aspect of the play and delivers the story with affection and wit. It is serious without being heavy-handed and humorous without becoming at all farcical. Excellent balance.
The English language premiere of Pacamambo coincides with the birth of Canadian Rep Theatre. A perfectionist may want to use the term “re-birth” because Canadian Rep was around some thirty years ago but it has been comatose for so long that inception rather than resurrection may be more á propos.

However you describe it, Canadian Rep was and remains Ken Gass’s and it is here to promote Canadian theatre. Kudos to Gass who started back in 1970 what was then a completely novel idea at the Factory Lab Theatre. He was dismissed disgracefully by the board of directors of Factory back in 2012 and became a cause célèbre.

To his credit, he is back and Canadian Rep plans two more productions this year: Watch Glory Die by Judith Thompson and Dead Metaphor by George F. Walker.

Pacamambo  by Wajdi Mouawad, translated by Shelley Tepperman, continues until February 2, 2014 at The Citadel, 304 Parliament St. Toronto, Ontario. www.canadianrep.ca
Posted by James Karas at 1:18 AM