FLESH AND OTHER FRAGMENTS OF LOVE – REVIEW OF TARRAGON THEATRE PRODUCTION 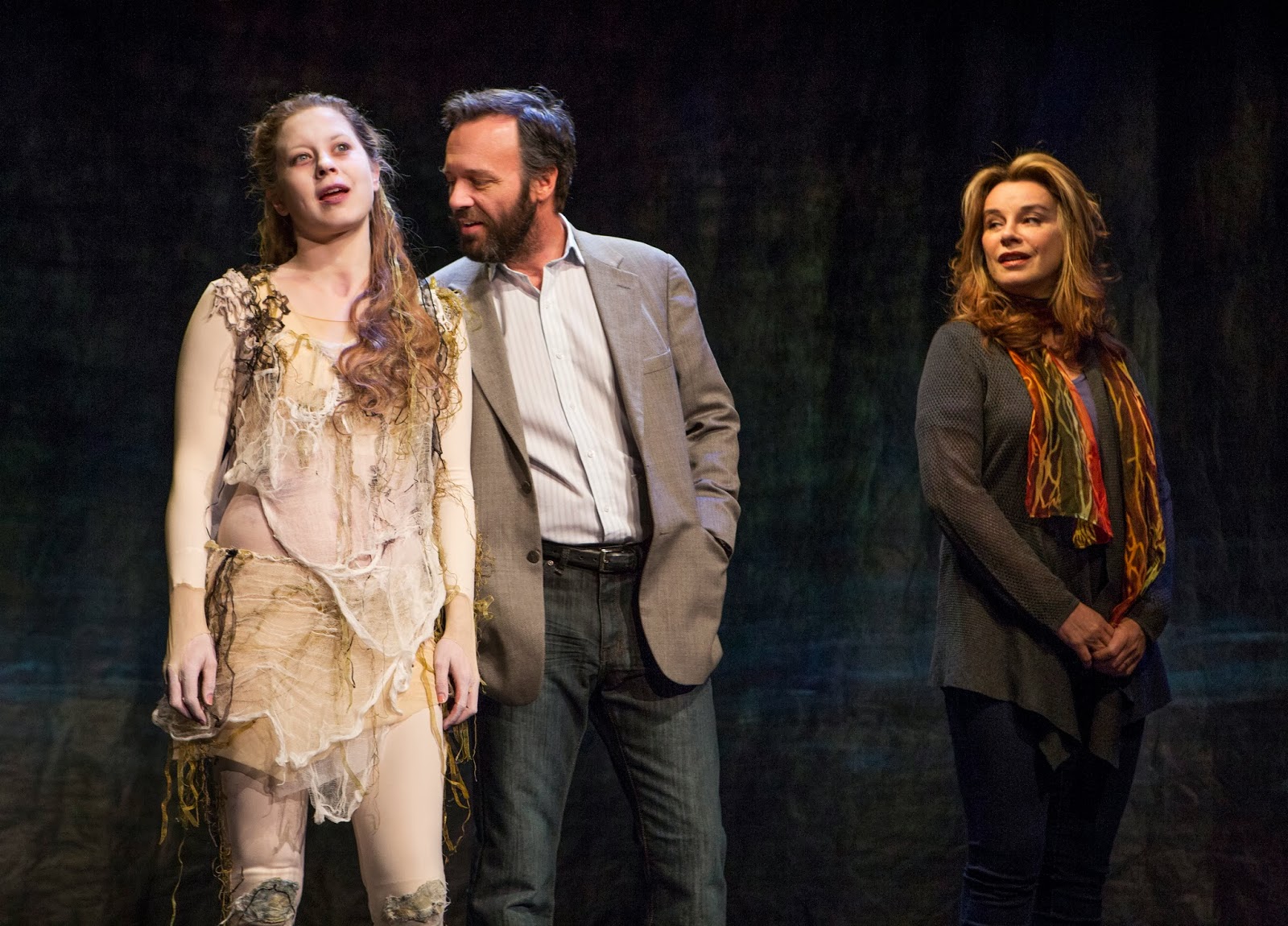 Flesh and Other Fragments of Love opens with a startling and memorable image: a couple on an isolated beach finds the dead body of a beautiful woman. The seagulls are flying over it and it is beginning to decompose. The play by Evelyne de la Chenelière based on the novel by Marie Cardinal is now playing at the Tarragon Theatre in Toronto.

Pierre (Blair Williams) and Simone (Maria del Mar) are a French couple and they have gone to a coastal village in Ireland for a special holiday. The reason for that will be hinted at throughout but will only be revealed at the end of the seventy-minute performance.

Mary (Nicole Underhay), the dead woman, died under mysterious circumstances and her fate is the talk of the village. She was a nurse, who had a love affair with a married man, had a child and lived in New York for some time.

Mary acts as catalyst for Simone and Pierre’s examination of their marital and emotional lives. Their marriage has had a substantial amount of turmoil, separations, reconciliations, infidelities and love. Pierre and Simone are in turn deeply attracted by Mary and they each attempt to reconstruct her life from information that they glean from the village gossip and even more so from their imagination.

Mary comes to life and joins the conversation. Her love affair with Billy, the married man, is examined and Pierre becomes Billy.

We cannot be sure that anything that is being said by or about Mary has anything to do with her life. All of that is probably a reflection of the life and emotions of Pierre and Simone. That is indeed part of the fascination of the play.

The play has a great deal of dialogue, of course, but there are many segments when the characters address the audience directly. During those segments and during many dialogue sequences, the play feels like a reading of the novel. Chenelière’s richly textured and lyrical prose carries the play but there were times when I thought I would get much more from a leisurely reading of the novel.

Nicole Underhay delivers a superb performance as Mary, a deeply troubled and much-suffering woman. She displays cynicism, emotional pain and depth as a woman who may be only the reflection of the couple who discovered her dead body on the beach.
Blair Williams and Maria del Mar tell their stories matter-of-factly at times and with considerable emotional pain and distress at other times. My sympathies were equally divided between the two.

The mystery at the heart of the play is revealed at the end, as I said, and it is worth the wait to gain an understanding of the mystifying events on the beach.

Richard Rose directs with sensitivity and understatement a story that is full of emotion and lyrical beauty.

Karyn McCallum’s stage set has a dark background with a small sandbar where we find Mary’s body. Well done and quite fitting with the atmosphere of the play.
______

Flesh and Other Fragments of Love  by Evelyne de la Chenelière based on the novel by Marie Cardinal and translated by Linda Gaboriau opened on January 15 and will run until  February 16, 2014 at the Tarragon Theatre, 30 Bridgman Ave. Toronto, Ontario.  www.tarragontheatre.com
Posted by James Karas at 2:28 PM