Wildly Romantic is a genial, funny, simple, nostalgic  and wonderfully entertaining film written by Norm Foster and produced by the Foster Festival of St. Catharines. The film is available on demand and you would be doing yourself a great favour by spending 1 hour and 45 minutes watching it.

We are in the wide-open office, described as a prairie, of Radio Station CFTB, St. Catharines, Ontario. The station plays hits, make that request, from the “American Songbook.” The requests come pouring in at 3 or 4 a day and you hear current stars like Frank Sinatra, Perry Como, Andy Williams and …well, you get the picture. The station is third in line in the popularity standings and its august position is reached because there are only three radio stations in St. Catharines.

Katie, the attractive receptionist/executive assistant, gets all the requests and passes them on to the announcer in the control room (because there is no phone there). The film opens in a moment of crisis. Mick, the morning show host “did it” with the night host in the control room on the control board while Rapsody in Blue (sixteen and a half minutes long) was playing and was caught by Diane. She is the station manager and his girlfriend. Result: Rapsody in Blue is no longer background music for corporal fittings on the control board and the night and morning hosts are fired. 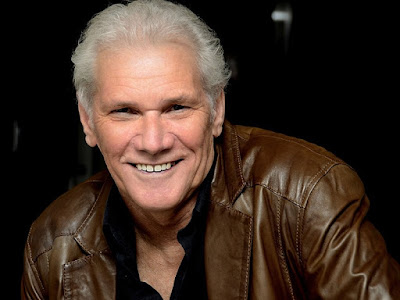 Sonny, a middle-aged man, walks in and asks for a job and he gets to replace the morning host. But Eugene, a lawyer, comes to demand that Mick be reinstated. Eugene can best be described as a schnook, a decent, stupid, gullible, incompetent man. He likes Katie and she likes him but we need about an hour to get them together.

Diane has a history of having affairs with disgusting males of the species and now considers the (them?) bovine sputum. Sonny is not like that. Diane and he will figure out that they are well-matched AND Sonny will cause the station to have a meteoric rise from third to second standing by playing modern music by the Rolling Stones.

Kudos to the actors. The cast of four, directed by Jane Spence, produce a thoroughly enjoyable experience.  Emily Oriold as Katie is attractive in every way. She passes her time with archery and snooker and she goes after Eugene (in a fine performance by David Leyshon) to get him to ask her for something starting with “d.” The genius lawyer says “deal.” They do go to the pool hall and the future looks brighter. We like them both as amiable, lonely people and we root for them.

Diane (Kirsten Alter) and Sonny (Jacob James) hit it off after some rough spots are ironed out. They are not in the first blush of youth and we want them to find true love. The strength of the film is that the actors draw us into the situation and we enjoy the story however simple, predictable and silly it may seem, we enjoy what is happening. There is some sarcasm, some fine lines but we enjoy the whole situation rather than any particular aspect of the film. I hesitate to use the word “wholesome” but that is what it is. A pleasure to watch.

This is an entirely Canadian production. The actors have worked throughout Canada, frequently in small theatre companies. There biographies make for fascinating reading of dedication, perseverance and love of the theater. Norm Foster, we learn, worked as a radio announcer  in Kingston, Thunder Bay, Winnipeg and Fredericton for 25 years. He has written some 50 plays and ranks as the most produced  playwright in Canada.

St. Catharines runs The Foster Festival and has been producing his plays for years. A bow to that city and a complaint against Norm Foster. In all decency and forward planning, he should have been born in St. Catharines. Instead, he chose Newmarket.

Wildly Romantic by Norm Foster, directed by Jane Spence is available for streaming on demand from The Foster Festival. www.fosterfestival.com/

This review oroginally appeared in The Greek Press, Toronto